Recently a survey of Canadian gaming audiences found that 50 percent of gamers in Canada were female, and that the average age of gamers in Canada was 34 years. Even more recently, Canada’s video game industry was valued at $5.5 billion, with a wide range of content on offer. But, do gaming experiences represent our societal make-up and values?

Marija Radulovic-Nastic, SVP of Development Technology and Services at Electronic Arts (EA), is leading the industry charge to ensure makers of video games reflect their audiences.

An avid gamer herself, Radulovic-Nastic immigrated to Canada from Serbia almost 30 years ago and has since leveraged her passion for gaming as both art and engineering to make a name for herself as one of Canada’s top female executives in the gaming industry.

I asked  Radulovic-Nastic about her passion for tech and gaming, and the importance of women in leadership roles within the gaming industry.

“I grew up in a family of engineers, so I was very close to the tech industry from a young age and was always intrigued by STEM,” began Radulovic-Nastic. “Funnily enough, my husband is also an engineer, so I’m really immersed in the industry from all sides!”

“Fast forward to today and I’ve been working in the technology industry for my entire career.”

“Working in the gaming sector specifically provides interesting creative challenges and allows me to combine my love for art with my love for gaming, creating the perfect passion point,” explained Radulovic-Nastic.

Importance of Women Leaders in Gaming 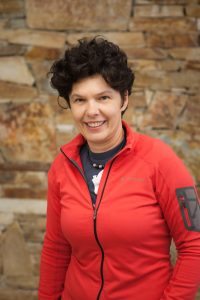 “Across all industries it’s important to have role models from underrepresented communities in leadership roles, to ensure diverse perspectives within the company and perhaps more importantly, to encourage ongoing diversity into the future,” stated Radulovic-Nastic

“In a typically male dominated industry such as tech, female leaders act as role models for women looking to enter the industry; it allows them to see themselves in the role and to perceive advancement at a company as attainable, which it is,” added Radulovic-Nastic

“Female leaders in gaming have a tangible effect on the games that are being developed,” explained Radulovic-Nastic

“As with anything, having a variety of perspectives at the table results in a well-rounded final product. The gaming community is often represented in mass media as male-dominated, but in fact, roughly half of gamers identify as women. Having women in decision making roles at gaming companies will ensure the final products represent the needs and wants of the true player base.”

So, are there women working and leading in the gaming sector?

“The tech and gaming industry is perceived as a tough environment, with media representation highlighting long work hours, sexism and stunted communication skills – all uninviting characteristics for women looking to enter the industry,” remarked Radulovic-Nastic. “In response to these widespread preconceptions, the gaming industry pays the price with less interest, comparatively, from diverse candidates – especially women.”

“[But], the industry has been hard at work over the last decade making work environments more inviting to people of all backgrounds,” said Radulovic-Nastic

“EA is committed to combating these preconceived notions to create a welcoming work environment for those who identify as women, starting with diversifying leadership positions.” One in four of EA’s global vice presidents are women, right now.

Added  Radulovic-Nastic “It takes time to make these changes, but it is our hope that having role models in senior positions will encourage women to enter the junior levels and initiate positive, long-lasting change across the organization.”

“Young gamers are exposed to a narrative that positions women as “less capable” at gaming, when compared to their male peers, and must navigate toxic online gaming environments.”

“From a young age,” added Radulovic-Nastic, “gamers come to learn that this is the norm, that gaming is not a female friendly space and it’s just something they live with. For example, to avoid harassment when gaming online, a lot of women choose player names that won’t give away their gender or use technology that disguises their voice.”

Radulovic-Nastic is frustrated by such bias and shared her hope that gaming experiences -and the gaming culture – continues to evolve with greater diversity and inclusivity: as more gaming professionals better reflect our societal make-up their voices will translate into a more accurate and inclusive representation of the gaming audience.

“I strongly believe that promoting accessibility in gaming starts with game developers – harassment of any kind cannot be tolerated,” said Radulovic-Nastic.

“Allowing vulnerable groups such as young women to enjoy the gaming space from an early age will contribute to longstanding enjoyment, which in turn, may encourage more women to enter the industry. That’s why I’m proud to work for a company that is committed to making the necessary changes.”

Electronic Arts is a global leader in digital interactive entertainment, recognized for a diverse portfolio of critically acclaimed games such as Apex Legends, FIFA, The Sims and Battlefield, to name a few,” shared Radulovic-Nastic. “Our mission is to inspire the world to play and we do this by listening, learning and empowering each other.”

“For me, the creation of EA’s Positive Play Division was telling of the strength of its commitment [to] … a fun, fair and safe experience for all, both in the workplace and for gamers “on the ground,” said Radulovic-Nastic

A Personal Role and Commitment

“I would take the same path 200 times over because I strongly believe that our work in gaming will play a major role in making a better future for everyone,” said  Radulovic-Nastic

“The impact of interactive entertainment on an individual is profound, it shapes the way people learn, engage and problem solve, and that “end-game” moment has the power to make the world a little bit lighter,” remarked  Radulovic-Nastic.