June is Pride Month, a month to pay special attention to, and celebrate, Lesbian, Gay, Bisexual, Transgender, and Queer (LGBTQ) persons. It was devised to honour the 1969 Stonewall Uprising in Manhattan, a pivotal moment in the Gay Liberation Movement in the U.S. But the occasion is celebrated in Canada, and all around the world, as well.

Along with parades, rainbow flags, and inspirational content about LGBTQ rights, the month is the perfect time to learn more about LGBTQ persons, do your part to make a difference, and celebrate inclusivity and pride. Even technology companies get involved by highlighting LGBTQ content and creating special limited-edition LGBTQ-themed merchandise.

Here are a few notable things you’ll see this year as we celebrate Pride Month in tech.

Apple Watch has offered a Pride-themed Apple Watch band for the last seven years, but in celebration of Pride Month this year, the company has released two new ones, complemented by new dynamic Pride watch faces. The Sport Loop is designed with a colour gradient with the word “pride” woven directly into the band, inspired by the “hello” greeting that was displayed on the first Macintosh computer way back in 1984. Naturally, the colours are those that make up the LGBTQ rainbow, including light blue, pink, and white, which represent transgender and gender-nonconforming individuals, as well as black and brown to symbolize the Black and Latinx communities and those who are living with or have passed away from HIV/AIDs. The Pride watch face, meanwhile, sees colourful threads move as the Digital Crown is rotated, the display is tapped, or you raise your wrist. The Pride Edition Sport Loop as well as a special edition Pride Nike Sport Loop sell for $59 each. The Pride watch face works on any Apple Watch Series 4 or later running watchOS 8.6, and iPhone 6s or later running iOS 15.5.

Complementing the Watch band is a new Shot on iPhone Pride Campaign via @apple on Instagram, which features works from photographers Ryan McGinley at Stonewall Inn in New York; Evan Benally Atwood at Window Rock in Arizona; Meinke Klein at The Homomonument in Amsterdam; Caia Ramalho at Paulista Avenue in São Paulo; Lydia Metral at Plaza de Chueca in Madrid; and Collier Schorr at Harvey Milk Plaza in San Francisco, featuring Baobei.

Apple has long supported LGBTQ+ advocacy organizations, including Encircle, an organization that provides life-affirming programs and services for the LGBTQ+ community and their families and The Trevor Project, the world’s largest suicide prevention and crisis intervention organization for LGBTQ+ young people. 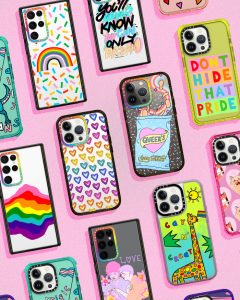 One way people love to show off their Pride is with clothing and accessories. That might include a snazzy smartphone case, and CASETiFY is one company releasing a fun Pride Collection that includes cases and other accessories to support the LGBTQ community. All designed by partner artists who identify as LGBTQIA+, the items feature colourful designs, heartfelt messages of love, inclusivity, and acceptance, funky patterns, and important statements like “protect trans youth.” For every Pride Case sold through September, the company will donate $5 to Christopher Street West, a non-profit organization that sets out to create safe and inclusive spaces for LGBTQIA+ individuals.

Virtually every streaming service offers a selection of LGBTQ-themed content, often organized in a special category so they’re easy to find this month or, in some cases, all year ’round. Many are highlighting and releasing specific LGBTQ content this month, encouraging subscribers to tune in to educate, entertain, and inform.

HBO Max, for example, is celebrating Pride 2022 with a curated list within its LGBTQ+ Voices collection designed to uplift, educate, and inspire members of the community and those who want to learn more. For the month of June, HBO Max will also offer a few titles for free. Find these on a special page where you’ll see titles like Legendary, Gentleman Jack, Sort Of, and It’s a Sin available for free viewing. Additionally, HBO Max is adding custom short-form content series produced by Human By Orientation, which focuses on celebrating LGBTQ+ talent including Hannah Einbinder from Hacks, Dashaun Wesley from Legendary, and others. HBO Max is also partnering with DC to host a Super Hero Pride tray that includes titles from the DC Multiverse that feature LGBTQ+ characters, including Naomi, Batwoman, Harley Quinn, and Peacemaker. 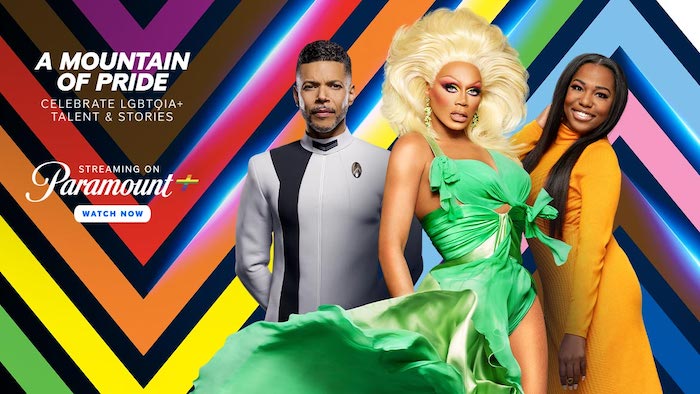 Keep in mind that in both cases, you will need to use a VPN in order to access the content from these U.S.-based services.

In Canada, however, you can visit Disney+, scroll down to the categories, and you’ll see one for Celebrate Pride that includes shows like Pose, One Mississippi, and Love, Victor and movies like Bohemian Rhapsody, Glee The Concert Movie, and Love, Simon. Check out Crave and you’ll see a section called Pride when you log into your account. Select it and find popular shows like Euphoria, I May Destroy You, Yellowjackets, and Genera+ion.

Amazon is getting in on the celebrations with new Pride-themed queries to educate owners of its smart speaker and display products on LGBTQ facts and topics. Simply say “Alexa, tell me a Pride fact” and she will provide useful information and fun facts. The replies range from fun facts about arts and entertainment to LGBTQ history and politics. Learn, for example, that the first Pride flag was erected and unveiled in 1978, that Daniela Vega was the first openly transgender person to present at the Oscars, and that 25 countries thus far around the world have legalized marriage equality.

The name says it all: these special edition headphones are a Pride-inspired version of the popular Crusher Evo headphones, created using colours of the rainbow. 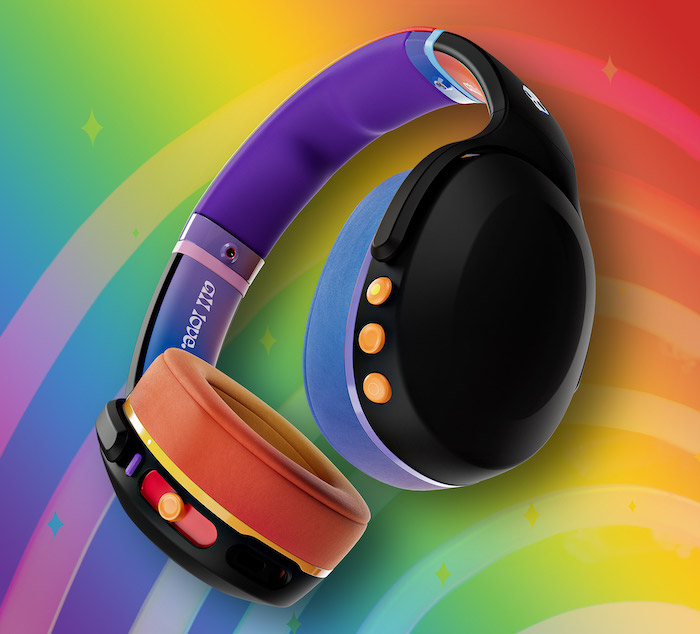 But it goes beyond the design: each purchase helps fund LGBTQIA+ mental health programs through the company’s partners at To Write Love On Her Arms (TWLOHA), a non-profit movement dedicating to finding hope for those struggling with depression, addiction, self-injury, and suicide.The Inequality Crusher Evo headphones ($210) come in “rainbow Pride” colours and offer adjustable sensory bass, 40+ hours of play time per charge with rapid charge capabilities, call, track, and volume control, and built-in Tile technology to locate them if they are lost or misplaced.