Can technology determine your credit worthiness?

A new Toronto-based company, serving customers in Ontario, Alberta and B.C., uses its proprietary artificial intelligence and machine learning models to convert financial data from domestic and international sources to provide credit opportunities for those who might otherwise be shut-out of current North American credit and risk assessment procedures.

“Alternative data” may sound suspiciously like those oft-maligned “alternative facts” we hear about in the news, but for millions of immigrants and other people whose personal financial credit history is often represented solely by historical data, a new approach can be an empowering step towards a financially inclusive future. 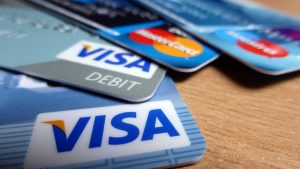 When trying to get a credit card or personal loan in Canada, newcomers often face limited options, lacking as they do a financial record in this country.

When trying to get a credit card or personal loan in Canada, newcomers often face limited options, lacking as they do a financial record in this country. Traditionally, so-called FICO scores have been the industry standard used to assess a consumer’s credit risk rating. FICO (for Fair Issac Corporation) is a private company; its method of risk assessment is proprietary in nature and while it does have international affiliates, its focus has long been North America.

That’s one reason why QuadFi introduced what it calls “a borderless financial product”; the fintech start-up developed analytic models to assess customers for their income and revenue potential without relying on traditional financial scoring systems. 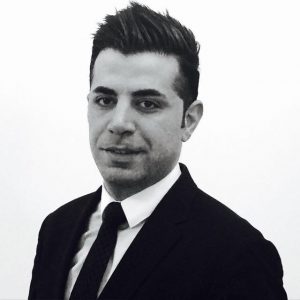 “With the development of cutting-edge AI models, QuadFi is empowering newcomers with access to products based on their future potential, not their past,” company co-founder and CEO Manny Nikjoo described in an email exchange with WhatsYourTech.ca. “Our technology provides a credit solution to millions of immigrants, across North America and beyond – one that’s borderless and doesn’t rely on FICO scores.”

The company’s AI and ML models give credit issuers in North America access to a Canadian equivalent of foreign credit scores, “translated” in real time and incorporating new financial projection and methodology. Nikjoo says the QuadFi approach opens the door to new fair lending practices that include the borrower’s potential and future prospects, not just past payment history or current income.

QuadFi says it is already helping newcomers bring their existing credit history to North America from countries such as Mexico, Nigeria, and The Philippines, and the company can work with existing credit agencies and risk assessment platforms. Those that pre-qualify and take a loan will be asked for consent before a hard check is performed by QuadFi, partnering with major credit bureaus to help evaluate applications.

In Canada, there’s long been a need to provide assistance and support to immigrants: the country needs and depends on them as it will for years to come. According to Statistics Canada, immigrants will represent between 24.5 and 30 per cent of Canada’s population in 2036.

Nikjoo notes that the consumer loan market in Canada for this target audience is estimated to be more than $50 billion. “We anticipate … over 100,000 clients over the next five years,” he says.

It is market opportunities such as these that are among the attractors drawing several noted investors to QuadFi. For example, the company has secured new financing, up to $127 million CDN, from Crayhill Capital Management, a New York-based private credit manager.

Likewise, QuadFi has received strategic investments from other key financial system notables:  Ritu Banga, investor, entrepreneur, and philanthropist, and wife of Ajay Banga, past CEO and current executive chairman of Mastercard Incorporated, and Bruce Simpson, CEO at the Stephen A. Schwarzman Foundation and a former Managing Director of McKinsey Canada. Banga and Simpson both joined the company’s advisory board.

QuadFi has also received a B Corporation Certification, joining some 150 international companies. B Corporation designation is a kind of LEEDS certificate but not for environmental attributes, rather for a commitment to equity and sustainability.

Not only can QuadFi use it models to process overseas credit information as an input for its lending platform for immigrants and newcomers, the company is also in discussions with financial industry partners to offer its translated scores as a stand-alone product or value-added service for banks, auto dealerships, telcos and property rental companies.

Nikjoo, who worked in investment banking and private equity before he and his partners came up with the plan for Quad-Fi, adds, “We expect to see a very high growth of demand”, based on the competitive advantages he identifies at QuadFi: its unique underwriting method which calculates the future cash flow status of newcomers; existing relationships with major international credit bureaus, and new trends towards more open banking, especially in Europe, which have helped the company gain access to customers’ banking information in several countries around the globe.

That’s a more meaningful and actionable kind of alternative fact.

What to Watch Next? These Apps & Websites Can Help