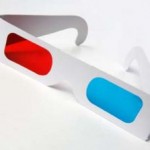 The media world is buzzing over 3D. Movie theatres have it, soon home TVs will have it. You know your laptop and iPhone can have it, right?

They probably won’t tell you that several Canadians – and Canadian companies – are seeing it very clearly.

And while Cameron may have Canadian birth rights, that’s not who I mean.

Sure, Avatar is breaking box offices records around the world with its unique immersive digital storytelling in the third dimension.

And CES, the consumer electronics show, is up to its eyeballs in new 3D technology, and 3D TVs are being demonstrated on the convention show floor.

And ESPN, a leading sports broadcaster and TV outlet, has announced plans to launch ESPN 3D; the new TV channel dedicated to all things sportive and immersive will debut this year. IMAX, as would be expected, is also moving into the 3D space, with its partnership with Sony and Discovery.

So, how does Canada fit in to all this?

Well, start with sports, and the fact that several NBA basketball, college football and international soccer games have already been broadcast in 3D – using Canadian developed technology. Usually, such events are beamed via satellite to digitally equipped movie theatres, where advanced projection and sound systems make the experience a real treat.

The game was broadcast in more than 80 digital movie theatres in the United States, using the company’s proprietary 3D decoders.

Sensio 3D technology and distribution infrastructure from Ottawa-based International Datacasting Corporation have been deployed commercially across networks in the US and Europe.

Now, Sensio also has licensed its 3D technology to Hyundai IT, and that manufacturer’s line of LCD HD 3D televisions, so that 3D content can be played through conventional 2D channels and on any display device, including plasma TVs, HDTV and glasses-free 3D displays.

Call them goofy, funky, heavy or whatever, many 3D display systems do require the viewer to wear special glasses to see anything special.

The old red lens/green lens glasses – called anaglyphic – are still what many of us think of when thinking 3D. The approach basically tricks your mind into thinking it is seeing 3D, when all it is really seeing is two separate images (one in red, one in green) that are just a little bit offset from each other.

More recently, the red and green have been replaced by positive and negative images, so now we wear polarized glasses that serve to alternate the opposing images and again, in our mind’s eye, trick us into seeing 3D.

Don’t get me wrong: this trickery is very effective, and in 3D screenings I have seen, I have – I admit it – ‘ducked out of the way’ of what seemed to be on-coming objects, people or scary monsters.

But you don’t need glasses to see into the third dimension. That is, you do not need to wear the glasses – they can be made to fit on top the screen, not your eyes.

A polarized, bevelled overlay or shell can now be mounted or placed on top of a standard, 2D screen – be it TV, PC or iPhone – to deliver 3D imagery. 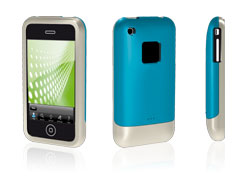 The iPhone with a 3D Shell from SpatialView

Special software is used to prep the media for this kind of playback, and special shooting techniques are employed to get the bipolar image, but after that, it’s just like watching TV – but with an added dimension.

I have seen 3D footage on an iPhone that absolutely left me breathless – the scenes were of the California coast, taken from a moving vehicle, and prep’ed for 3D. I was swaying with the video, just as if I was in the car!

This very cool screen overlay is from a Toronto company, SpatialView, which now offers the screen for smartphone, laptop or desktop PC, and soon for various sized TVs. Of course, the company also offers software support and advice for anyone wanting to make their own 3D content.

That’s where James Stewart of Geneva Films comes in. 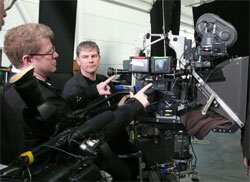 His Toronto-based company is a recognized worldwide leader in 3D production techniques and technologies. He has made a number of 3D shows, and he has addressed industry forums on the topic, sitting alongside Hollywood folks like Cameron and Jeff Katzenberg.

Stewart began working in 3D back in 2005, if you can believe it, so it is a little understandable when he seems a bit impatient with the rest of us.

“It is time for the community to seize the opportunity and capitalize on 3D,” he says. “This is a medium that has the potential to transform the way messages reach and affect audiences. Several years from now, we’ll look back on this tipping point…we will soon be demanding depth in digital media, and it will be natural and easy on the eyes.

“Years from now, we will wonder why we ever did it any other way…”

On a recent 3D shoot in Toronto, Stewart worked with another local company, 3DCC, the 3D Camera Company

Stewart (who has worked with many other 3D systems and many other cameras attached to them) says that these variable interocular convergence rigs, in which camera motion and distance between them can be remote-controlled, are crucial for doing accurate and realistic 3D.

Cinematographers, camera operators and now stereographers on a film or TV production set have to be wary of creating a muscular strain, a visual strain, a physical discomfort, in the audience who watches 3D content.

“We have to realize we now have control over people’s eyeballs,” he says. “Much in the way we massage their ears with the soundtrack, we can now massage their eyes.”

It’s true, then – the medium is the massage!  Ha ha – Canadians knew it all along.

So, what’s your tech?  How do you see the third dimension?