The entrepreneurial spirit and optimistic attitude driving successful business is alive and well in Canada, despite serious economic challenges at home and around the world.

A recent survey, conducted by Angus Reid and released by Microsoft Canada, says that nearly two-thirds of small businesses in Canada are bucking the doom-and-gloom, and are looking forward to some serious growth in the next six months.

Small business owners agree that a strong business focus, an engaged employee workforce, and the appropriate technical infrastructure are supporting their optimistic outlook.

In certain situations, the optimism is anchored by good beer and a sweet snack!

Steam Whistle Brewing and Cupid’s Gourmet Cupcakes, two locally owned and operated Canadian companies, say that their respective recipes for success list the right people, the right tools and the right processes to support their visions for success.

They also agree that the right technology allows them to do what they do best – be it baking or brewing – with greater efficiency and higher profitability. That’s where Microsoft comes in, supporting small business with its existing products and some new online offerings to come. 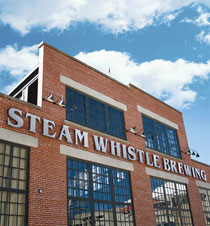 Located in an historic railway roundhouse near Toronto’s waterfront, Steam Whistle Brewing has grown from “three guys with a dream” to one of the country’s largest micro-breweries, with more than 120 employees.

With a 20 per cent year-over-year growth objective, Steam Whistle has even bigger plans for the future, described co-founder Greg Taylor.

Echoing the theme found in the business survey, Taylor noted that “[G]rowth comes when you have dedicated employees armed with the right technology.”

In its expansion into new regions across Canada, Taylor underscored how important it was for the company to maintain the consistent message, brand and workflow that worked so well at start-up.

“We could see the need for a seamless platform for people to communicate, to allow our staff to have input wherever they are, and to provide a kind of emotional connection for the company as we brought on new individuals and worked in new regions.”

Enhancing that communication would be consistent and dependable work processes, like sales and invoice tracking systems that can be accessed from the head office or while on the road.

As faced by many companies, however, a limit to the amount of available IT resources was identified at Steam Whistle. 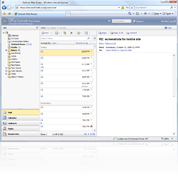 As Taylor described it, the online solution provided immediate benefits: it was less capital intensive than actually purchasing his own on-premise hardware and it reduced the need for internal IT human resources.

Equally important, however, was that Taylor saw the solution helping his employees manage their time better, work together more easily and stay connected with customers from any location.

“It was a smart move,” he said of his six month test and on-going use of the suite of services. “BPOS gives my employees the tools they need at a low monthly cost – I only pay for what I use and can easily add technology when the time is right. That means we spend less time worrying about technology, and more time focused on building our brand.”

Microsoft Business Productivity Online Standard Suite is a described as a set of hosted messaging and collaboration solutions. Familiar products like Exchange, SharePoint, Office Live Meeting, and Office Communications have been bundled in new online service offerings in order to provide businesses with a comprehensive IT capability without the infrastructure investments.

They can be scaled to match a business’ actual IT requirements today, and they can grow to reflect that anticipated growth going forward.

So while Jason Brommet, Senior Product Manager, Microsoft Office sees it an on-going effort from Microsoft, building on the online precedents like Hotmail, Xbox Live, Bing or Office Live, he notes that the online services are being expanded, and that new features and functions will be found in the hosted communication and collaboration tools his company will be offering. 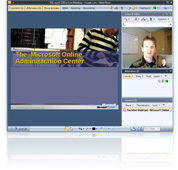 “It is an absolute priority for us, and (Microsoft Chief Executive Officer) Steve Ballmer has clearly stated our intention going forward,” Brommet told WhatsYourTech.ca. “We’re shifting a significant amount of resources to our corporate R&D in cloud or collective services.”

You could see the shift last fall, with the release of Exchange 2010 as the first of the more traditional products that had been re-built by Microsoft, and re-developed as an online tool.

Come this May, Brommet said, SharePoint will also be released as a re-architected product, for use either on-premise or online.

Without revealing a specific date, Brommet added that updates to the full online suite will take place this year, and that new features and functions will be reflected in the new 2010 releases.

The scalability of online services like BPOS means they can meet the needs of larger, more established companies – as well as the small, home-based start-up.

In 2008, after 15 years as a math teacher, Niki Brinton needed a break.  She developed her own cupcake recipes, started baking from her kitchen and began selling by word-of-mouth.

She had her own reason to be extra careful with ingredients (allergies and the like) and that helped her develop a competitive product advantage in the market. 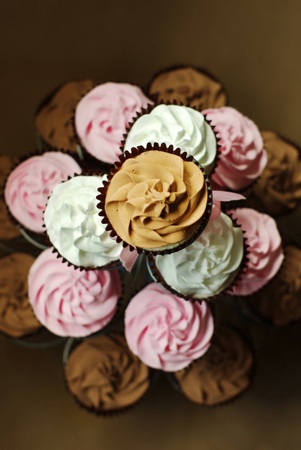 But her business work processes and IT infrastructure was not an advantage – not at the start.

“I used to do everything by hand and write things on paper – it was becoming too time-consuming and extremely inefficient,” Brinton recalled.

Like changing a recipe for a dozen cupcakes into one for a thousand – and getting the right ingredients from the right supplier at the right time to bake them all!

Having spoken with friends and colleagues, then consulting with Microsoft, she made some initial investments in new technology, including Windows 7 and Office 2007.

Brinton acknowledges that her company probably “wasted tons of money early on” before identifying the appropriate management tools and technical solutions her company needed.

“We had the feeling that technology could be doing a lot more for us, and sure enough, help is available if you just look around,” she said.

“Today all our costing, conversions, recipes and inventory ordering are paperless. The time efficiency and costs savings that I get from this one piece of technology is invaluable; I’m certain that my doors would close without it,” Brinton explained.

Since its launch on Valentine’s Day, the doors to Cupid’s Gourmet Cupcakes have remained open. Brinton now has four full-time and seven part-time employees – and she’s having discussions about growth and expansion with potential international partners!

“Small business owners are the backbone of the Canadian economy and helping small business owners succeed and grow is a priority for Microsoft,” said Neil Tanner, Microsoft Canada Vice-President, Small Business, Midmarket Solutions & Partners, and the emcee for the roundtable discussion.

What’s more, he noted, small business is often a barometer, and a useful way to gauge current and assess future opportunities and potentials.

“It’s gratifying to see so much optimism, but as a former entrepreneur, I know that growth can become unmanageable unless the right people, tools and processes are in place. Technology helps make it easy for business owners to plan and manage for growth, while empowering them to focus on what they do best, be it sell, brew or bake.”