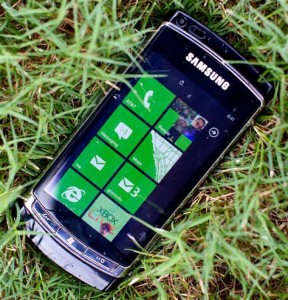 As smartphones continue to improve in specs and capabilities they are fast approaching the realm of full-featured and truly connected handheld computers. However, just like any computer, they are only as good or as limited as their operating systems allow them to be.

The modern smartphone relies on three critical components in order to be competitive in today’s market. Great hardware, a capable and stable OS and an application ecosystem powered by strong developer support and an app store.

If any of these are elements are flimsy, then you just have an overpriced feature phone that will quickly become obsolete. Look at the Palm Pre, which had a great OS but very little developer support and so-so hardware, it failed miserably. The smartphone business today is booming and hyper-competitive and we have no less than six mobile OS’s clawing to the top of the heap, let us check them out.

Strange to find the oldest player in the smartphone space, Microsoft, actually having one of the newest mobile OS’s to be hitting the market. Windows Phone version 7 is Redmond’s redemptive salvo in the smartphone space. Integrating all the best parts of the Zune and the Xbox 360’s user experience, it is very different from the geriatric stylings of Windows 6.5 that has been all but been retired. See Ted’s initial impressions of this OS.

Windows Phone 7 has the disadvantage of arriving late in a party that’s already in full swing. It looks great and shows tremendous promise judging from early screenshots, but Microsoft is going to need to quickly sell millions of units, launch a kick-ass app store and convince users that it is a vibrant, compelling and capable OS with great hardware and oodles of functionality. It does have the advantage of learning from its competitor’s mistakes and hopefully not repeating them.

It seems that Windows Phone 7 is targeting the younger, multimedia savvy set at the expense of the more conservative business customer, which has been Microsoft’s bread and butter pretty much until BlackBerry took it all. Still, this slick, media centered smartphone OS looks extremely promising but it has a looong way to go.

Google’s share of the smartphone market is exploding. They have the biggest variety of devices and a confusing number of operating system versions available, the latest of which is Froyo (short for frozen yogurt). We’ve been using the Android OS since the beginning and are amazed at how it has improved. Froyo will bring mobile Flash capability, a feature that turns smartphones into mobile hotspots (for data sharing) an increase in speed and efficiency and a faster browser.

We’ve used Android as our personal device for many months now and it has really come into its own. Sure, apps are not as good looking or as polished, as those on the iPhone and they are generally more expensive but people who are more technically inclined and who love Google’s cloud services love their Androids.

As a cloud-based OS, Android does not require the use of an iTunes-like client to manage the device.  Once you sign up on Google, all your services automatically sync with the Android handset. The variety of phones, some of which are just gorgeous, is another strong point. Users have choices such as slide-out keyboards, large-screen devices and touch screen form factors from a number of manufacturers that are readily available.

The problem with Android may be too much choice since versions 1.5, 1.6, 2.1 and 2.2 are floating around which could lead to a serious fragmentation that may cause problems for support and developers. Android, especially Froyo, remains the most exciting and evolved smartphone OS today.

Samsung makes great handsets for Windows Phone and Android but the electronics giant also has ambitions of developing its own smartphone platform. Bada, which means ocean in Korean, will be showcased in the Samsung Wave phone coming out this year. How serious is Samsung with its Bada initiative? Well, they’ve opened up their own app store and even have ongoing developer challenges to draw in a community.

If Samsung has Windows and Android, what is the point of Bada? Well Bada is designed to replace the generic OS that runs on Samsung’s feature phones, which means that all of Samsung’s feature phones will have smartphone capabilities. This is a phenomenon that we expect to see across the entire mobile market that will offer consumers more choice.

More importantly, Bada’s goal is to ‘democratize’ the smartphone market by allowing Samsung to offer higher end features in cheaper phones without paying for software licenses to Microsoft  and Google. This allows Samsung unparalleled flexibility in using the licensing money towards better hardware and features while maintaining full control of their development ecosystem.

We have not seen what Bada can offer yet so we have to be skeptical about its competitive value especially against established entities like the iOS App Store and Google Marketplace.

Now owned by Nokia, Symbian is in the most number of smartphones today but many of them are older models. Now a completely open-source platform, Symbian’s been struggling because of fragmentation (UIQ vs S60 vs MOAP versions) which have led a lot of its developers to flee to more standard and profitable platforms.

Symbian 3, the latest and greatest iteration set to launch on October 2010 offers HDMI support, support for 2D and 3D graphics plus interface tweaks. That’s all well and good but honestly unexciting. Truth be told, we’d love to see Nokia hardware sporting Android or even WebOS software but that will never happen since Nokia is too invested in propagating its own proprietary OS which may work out to their advantage.

Their N8 super-smartphone is expected to showcase Symbian 3 when it launches next month (as well as an excessive amount of tech like 12 Megapixel camera, video calling and will be one of the first pentaband HSDPA 3.5 G enabled phones).

With the announcement of a newer, cooler iPhone 4 and with the recent success of its Apple iPad (on sold every three seconds) Apple has become the mobile device juggernaut to beat. With 200,000 apps, a closed and completely controlled ecosystem and app store, Apple simply prints its own money at will. It has become successful largely in part because of iPhone OS which has now been renamed to iOS.

iOS version 4 has multitasking, the ability to group apps in folders, a neat gaming achievements feature as well as video conferencing  via WiFi called FaceTime and some crazy advancements in cameras (5 Megapixel with HD recording) and game control (Six Axis gyroscope/accelerometer) plus an unbelievable high res Retina display, what’s not to like.

iOS also has the advantage of working on only  three devices  from only one manufacturer, which means better quality control and support. iOS is successful because it just works and there’s an app for almost anything you might need. The caveat is that customers and developers have to submit fully and unflinchingly to Apple’s will, it really is a benevolent dictatorship.

What will keep Apple and iOS triumphant is continued innovation and consistent functionality improvements which they constantly rolling out. Now, if they could only be present in more mobile carriers or if they decided to sell unlocked iPhones, they would probably be completely unbeatable.

The only real war right now is between Apple’s iOS and Google’s Android OS, which are both pushing the limits of hardware and functionality. Both have very similar features and functionality. Apple looks to be the leader for the time being with the sheer volume of apps and the fact that it also has the iPad as a magical and revolutionary secondary device.

If someone were to ask me what smartphone to buy today, I would say go get an iPhone if you can and you won’t be disappointed, there’s very few things it can’t do. If you’re considering Android, don’t waste your time with anything lower than OS 2.1. Symbian seems to have had its day but it may still surprise us and Windows Phone 7 may amount to something in a year or two but who knows where the rest of the world will be then. Bada is cool and all but, it is more like an ambitious second tier OS that has yet to prove itself.

This post is a companion to Gadjo’s Mobile Browser Shootout.