It’s an all-nighter of a different kind.

Student developers across Canada will compete in a mad 48 hour scramble to create the next great mobile game – and share in like $45,000 worth of loot! 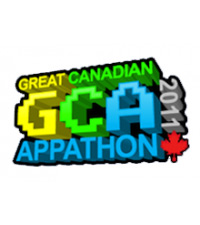 The first ever Great Canadian Appathon Gets Underway this weekend.

Up-and-coming coders will race against the clock to design and create a mobile game and submit it for a chance to win a $25,000 grand prize provided by TELUS.

The grand finale, during which the top three finalists will battle it out, takes place live at the Yonge Dundas Square (YDS) in downtown Toronto.

The Appathon competition begins this coming weekend. Starting March 11, and for 48 hours, students from across the country will work around the clock to build a game from the ground up, coding and designed and testing it to run on a Windows 7 mobile phone.

Like great games, hackathons, game jams and other app contests are engaging and somewhat addictive on their own, says Ray Sharma, one of the key players behind the Canadian competition, and the founder and CEO of XMG Studio, a Toronto-based game development company.

“Honing in on what makes a game fun is the key to success in this competition,” he explains of the GCA rush. “With game development cycles often spanning months or even years, the biggest challenge facing participants will be tight time constraints.”

That’s just part of the attraction, according to some blog posts and online notes from participants.

Some of the folks at MMORPG, the Massively Multiplayer Online Role-Playing Game portal, say “the prizes are nuts” They’ve seen the cash award, no doubt, but maybe also the offer of a job at XMG Studios for successful gamers.

“Wonder if students could put together a multiplayer game in the 48 hours allotted’ muses one blogger, maybe still seeking teammates.

Over at the University of British Columbia, students in the Electrical and Computer Engineering program are deep into the Appathon, and they’re hosting one of the five announced Hubs across the country. They say competitors can show up and compete in person, taking part in the expert networking opportunities, as well as some food, swag and more.

Up in Ottawa, Carleton’s Game Development Club is also one of the host schools for the upcoming Great Canadian Appathon:

Gail Carmichael, a Ph. D in Computer Science, notes that according to the Appathon rules, competitors can work online if they want.

“I personally really appreciate this flexibility,” she posted, wondering if that was a gender or age sensitive decision.

XMG’s games, like Cows vs. Aliens, Style Studio: Fashion Designer, Cannon Cadets, Little Metal Ball, Pandemica and more have been nominated for their own awards, and have won such honours with Best App Ever awards in several categories in both 2009 and 2010. They often incorporate user-generated and user-customized content.

Coordinated actives take place in designated event locations, also called Hubs, where participants can work around the clock for the duration of the event. Food and drinks suitable for all-night coding will be available and event sponsors will be on-site at some campuses to give away prizes and recruit for job openings. 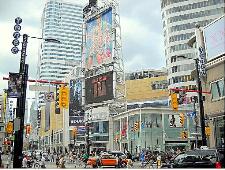 The Appathon concludes with a big event at Yonge Dundas Square.

“[W]e embrace digital innovation and great design every day and we are thrilled to support these young entrepreneurs as they battle it out under intense pressure,” said National Post Publisher Douglas Kelly.

“TELUS believes that commitment to innovation is essential to Canada’s success in this new digital age,” said David Fuller, Chief Marketing Officer at TELUS. “We are pleased to support this first Great Canadian Appathon and invest in our future mobile leaders.”

Winners will also be considered for two job opportunities at XMG Studio’s Toronto offices – one game programming position and one game artist position. XMG will also work with the winning teams to polish their games and get them ready to be published in the appropriate App Store.

Following the event, the winning games will be chosen and winning teams will be honoured at the “Grand Finale” sponsored by KPMG in Toronto. 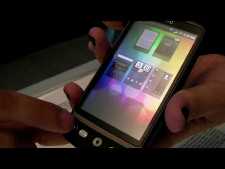 More information about the event including supported platforms, team registrations, rules and regulations, campuses already signed-on or information on how to get involved, visit http://www.greatcanadianappathon.ca/.