Born – borg? – again following that wild weekend of mobile application development WhatsYourTech.ca reported on earlier this month, the survivors of the Great Canadian App-a-thon will converge live in downtown Toronto on April 7.

Donar's new Gamepad stickers are another boost for mobile gaming

They’ll show their stuff on stage and on the big screens. Big cash prizes will be awarded with fan participation voting, and judges will select an app or two to go to market.

But that’s just one of several mobile app events going on these days (in fact, there are two that same day,  April 7 – hey, somebody oughta build an app to keep track of ‘em all).

As the name implies, it’s crazy for all things mobile – apps, smartphones, tablets, e-readers and all that – with a development, business and marketing spin. Folks from bitHeads, App-Promo, TimePlay Entertainment, Ipsos and Sympatico will be there, presenting new data from the mobile game industry and talking it up with attendees.

And, back to April 7 for just a moment, that’s also the finale for the Battle of the Apps, when the best Toronto-focused mobile app that boosts the city’s image will be unveiled (I’m telling you, an app that tracks all these app-a-thons and help get ya from one to the other will win!).

Anyway, this Thursday Madness comes to Toronto with its look at the Canadian mobile market, and how to develop for it and how to profit from it.

Jeff Bacon, with Ottawa’s mobile development company bitHeads, says he thinks “information gaps” are holding the mobile channel back. That there are lots of business opportunities there for everyone involved – developers, service providers, retailers, marketers and advertisers, but “[N]ew mobile revenue and marketing opportunities … are often overlooked.” 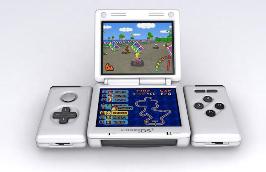 So the program will feature the first public presentation of the new Mobil-ology survey from Ipsos, with initial results on the state of the Canadian mobile market, and how applications, smartphones, tablets, and e-readers are doing.

Then, bitHeads leads a mobile application development panel with successful case studies at hand, and App-Promo looks at application marketing and promotion—including case studies from Sympatico.

There’s already a lot of developers looking for downloads at that event in Yonge Dundas Square.

The Great Canadian App a thon wraps April 7 in Toronto

More than 50 development teams from across Canada made the deadline and their apps were successfully submitted. A dozen or so will receive prizes in the contest, including that big one, and a couple will be chosen to go on to hit the App Store following further polishing and promotion.

“It’s the most ambitious, maybe the largest app-a-thon,” enthused Ray Sharma, founder of Toronto’s XMG Studio and key partner in the contest. He’s still buzzed about the weekend-long marathon event, and eager to “get down to business” and “take over Dundas Square.”

With a host of giant screens enabling judging in real-time, he sees the show as making someone “instantly famous. Innovation will come alive in the Square and a community of developers will show what we can produce here in Canada.”

Meanwhile, not far away at Ryerson University’s Engineering and Computing Centre, the Battle of the Apps draws to a close.

Already five finalists have been selected, and their “Toronto-centric mobile application (I.e. enhances, adds value to, or promotes Toronto in some way” will be put to the test in a full concept presentation.

The winner will be chosen by a panel of judges.

The contest is sponsored by Toronto-based mobile software developer D1 Mobile in partnership with StartMeUp Ryerson, Ryerson University’s student start-up incubator, and the City of Toronto.

Organizers describe the purpose of the competition is to support mobile development across Toronto, and D1 president Daniel Ezer adds that another goal is to remind local programmers and designers that not all the best tech jobs are in southern California.

Not even the best zombies.