A full 30 per cent of Canada’s Information, Communications and Technology (ICT) industry is based in the Toronto region, says a report presented to the city’s elected representatives. 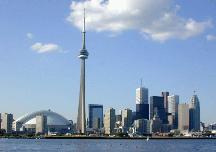 The report, tabled for the Economic Development Committee at its meeting late last week, is part of the city’s broader look at Information, Communications and Technology (ICT) and Interactive Digital Media (IDM) sectors.

“It is great to have our enthusiasm for the high technology sector confirmed,” Councillor Thompson (Ward 37 Scarborough Centre) said. “We see Toronto as an increasingly important global ICT centre. Encouraging and supporting public, private and academic collaboration will accelerate growth and raise our international profile. The better we collaborate, the more successful we will be in energizing our economy and attracting new companies and new talent to our city.”

According to the report (a PDF file) Canada’s High Tech Hub: Toronto, the GTA remains the nation’s centre for ICT research and development, and is enjoying sustained growth and high employment.

The information report notes that Toronto’s ICT sector is comprised of 11,522 companies that generate $52.2 billion in annual revenues. The sector is dominated by small to medium-sized firms, with 97.7 per cent of firms having fewer than 100 employees. The sector employs over 161,000 workers, representing 56.4 per cent of all ICT workers in Ontario and 30 per cent of all ICT workers in Canada. This represents an increase of 30,000 jobs since the last analysis was completed in 2004.

The ICT sector is young, with over 60 per cent of its workforce under the age of 45. It also enjoys an exceptional 95.9 per cent employment rate and an average annual wage of $64,725. ICT workers are well educated, with 96.8 per cent holding a post-secondary certificate, diploma or degree, compared with 88.9 per cent for the city’s total labour force.

The report was first tabled for an industry event late last year that was covered here at WhatsYourTech.ca.

More ICT intelligence and networking opportunities will be presented at the second of the planned annual events, called the Technicity industry forum, planned for November 2011.