So, today is very important for tech consumers and gadget freaks, but also for small businesses, large corporations and global enterprises that use – or depend on – the Internet.

Know any of those?!? 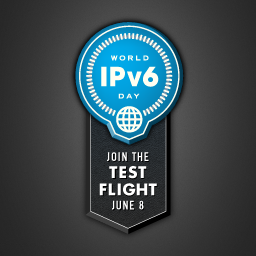 June 8 is the day we take a test flight on the New Internet.

Around the world, more than 200 Internet companies and service providers are taking a giant leap in to the future.

For 24 hours, they will test the infrastructure of the next Internet.

It’s a stress test of sorts, and a wake-up call.

The need for an IPv6 day has been looming, and we’ve known that today’s Internet will run out of IP addresses for a long time.

Some Internet analysts and market economists worry we have left it too long. Protecting Internet access for Canadian consumers is one thing; protecting the Internet industry here is another point altogether.

And just about any business needs to ensure that its websites, customer portals and online services are accessible to their users with IPv6 addresses or new customers will not be able to find them online.

At some point, today’s entire Internet has to move to the newer IP space. Different protocols mean that computers with IPv4 addresses cannot communicate with those running IPv6 addresses.

But if IPv6 can solve the problem of a lack of addresses on the ‘Net, the problem now is getting everyone to adopt it.

Hence, IPv6 Day, a chance to make sure networks and services are accessible to users with IPv6 addresses, and that ISPs can handle the traffic. It’s also an awareness-building day.

In the U.S., Charter Communications, Comcast and Time Warner Cable are among the announced participants, along with other companies like Google, Yahoo and Facebook.

Earlier this week, Videotron became one of the first major ISPs in Canada to offer customers access to IPv6 addresses.  Some companies here, like Teksavvy, have been running IPv6 tests and ‘experimental trials’ for some time; others, like Bell, offer consulting services and resources in anticipation of wider roll-out and customer adoption in the future. 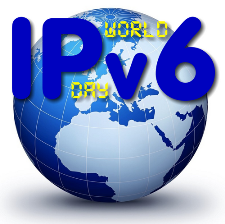 Videotron’s IPv6 addressing protocol is available to subscribers that have a compatible router that it started offering in January; registered Videotron customers can actively participate in World IPv6 Day.

“The rollout of the beta version of IPv6 will give early adopters a chance to get in on the ground floor,” said Pierre Roy, Videotron’s vice president of engineering, research and development. “IPv6 is an important development that will help keep the Internet as open and innovative as the technology permits.”

Videotron says it plans to gradually migrate all its customers over to IPv6, and that the new protocol will eventually become an integral part of its cable Internet access service.

Due to the amount of so-called peering, sub contracting or wholesaling of Internet services in Canada, it is possible that some ISPs are limited or enabled only by their own provider.

That complicates Ipv6 matters here in Canada, but it should stop them in their tracks.

A comprehensive set of recommendations was released up by the ICT Standards Advisory Council of Canada (ISACC) in a 66-page report unveiled last year, laying out a course of action for the new IP protocol adoption.

But you can just  feel the frustration and impatience the Council had back then over the delays or missed opportunities:

“In recent years, many of Canada’s largest trading partners including the United States, the European Union, China, Japan, Korea and others have mandated the deployment of IPv6-capable devices for their networks. Additionally, some governments subsidized domestic research and/or procurement of IPv6 products.

Canada was an early mover on IPv6 in the early 2000’s and had several ‘firsts’, however its technology leadership has not been sustained.”

Not for lack of trying.

As one example there’s a company in Montréal, perhaps eager to bypass government lethargy, that’s very active in the IPv6 space, and it is offering consumer and industry solutions now.

Gogo6 has released a small v6 adaptor for the home that can be relatively easily installed, providing IPv6 within a minute. 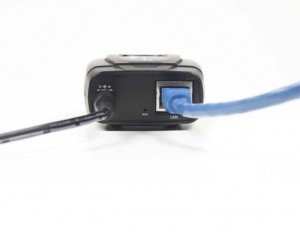 A consumer device for linking to the next Internet, using IPv6.

The gogoCPE is plug ‘n’ play simple and designed to be installed by the end user without support.

And regardless what day it is.

How Do You Get Media? – Government Regulator Asks Canadians for Input on Internet Billing Costs, Music Downloads and Video on Demand