A controversial piece of Canadian Internet legislation will cost Canadians money and liberty, says a coalition of industry, citizen and public advocacy groups opposed to the bill. 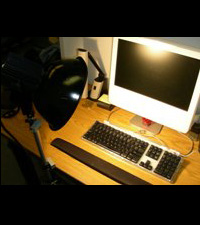 If passed by the majority government, the bills could require telecom providers in Canada to hand over personal information to authorities without a warrant or judicial oversight.

Meanwhile, according to search engine Google and its own report on such activities, the Canadian government is among those that have already asked it to turn over user data on dozens of separate occasions.

So any new or expanded government search capabilities are of great concern to the country’s privacy officers and ombudspersons.

In an open letter to the government’s Public Safety agency, Canada’s Privacy Commissioners wrote that “[W]e believe that there is insufficient justification for the new powers, that other, less intrusive alternatives can be explored and that a focussed, tailored approach is vital.”

If Internet Service Providers are forced to upgrade their equipment and networking infrastructure in order to give law enforcement access to online data, that cost will inevitably be passed on to consumers.

For example, check out the wording in Clause 16 of Bill C 52:

It says, in part, that “[S]security forces (are) allowed unrestricted access to any device identification data from an ISP or other telecom service provider without a warrant”.

And with government hearings into Internet billing costs now underway; with contentious investigation into online movie downloads and media distribution; the so-called omnibus crime bill and warrantless Internet surveillance legislation comes at an awkward and potentially costly time for Internet users and providers in Canada.

Online and mobile Internet services are both a personal and a professional tool of great value and importance nowadays, so additional legislation, pricing considerations and operational restrictions can have negative effects on growth and innovation.

If the law necessitates that ISPs buy technology to monitor activity on websites accessed by their customers, many larger Internet providers could handle the expense up front, but some smaller ISPs could suffer and go out of business if unable to pay for the new technologies or adhere to new legislation.

“Passage of these bills would mean a lot of additional expenditures for new equipment, training and administration for many of our members who do not necessarily have to financial power enjoyed by telecom incumbents,” said Tom Copeland, chair of the Canadian Association of Internet Providers, (CAIP) an organization of some 24 small ISPs around the country.

It all has a cumulative effect, agrees Sharon Polsky, of the Canadian Association of Professional Access and Privacy Administrators, “and no one knows just how damaging all this will be.”

Polsky’s group says the proposed bills would turn Internet service providers into agents of the state, requiring them to monitor Internet behaviour, and pass on to law enforcement officials identifiable information without a warrant.

It is among those individuals and organizations asking the government to reconsider its pending legislation –  Bills C-50, C-51, and C-52.

The House of Commons is presently adjourned; it will reconvene Monday, September 19, 2011.

Until then, groups opposed to the legislation are conducting information sessions and online petitions to defer or change the bills.

OpenMedia.ca, and a group of over 30 other public interest organizations, businesses and several concerned academics have joined together and launched the Stop Online Spying group at http://www.StopSpying.ca

“Every single provincial privacy commissioner has spoken against this bill,” OpenMedia.ca’s Executive Director, Steve Anderson, says of the legislation. “Law-abiding Canadians should be able to use the Internet and mobile devices without Big Telecom and government looking over their shoulders.

So far, some 40,000 signatures have been amassed; the petition is backed by civil liberties associations, the Canadian Internet Policy and Public Interest Clinic at the University of Ottawa, unions and independent media outlets, as well as elected politicians.

Opposition MPs, including Charlie Angus and Jasbir Sandhu – the NDP Ethics, Privacy and Digital Issues Spokesman and the NDP Public Safety Critic, respectively – have written a letter to government Public Safety Minister Vic Toews with their opposition to the bill, saying it is invasive and costly, problematic and poorly thought out.

The Conservatives say the legislation is needed to “give law enforcement and national security agencies up-to-date tools to fight crime in today’s high-tech telecommunications environment.”

The bills from the last session included:

C-50, Access to Investigative Tools for Serious Crimes Act,  giving police the power to intercept private communications without a warrant under certain circumstances.

C-51, Investigative Powers for the 21st Century Act, allowing police to get a) warrants to obtain information transmitted over the internet and data related to its transmission, including locations of individuals and transactions; b) orders that would compel other parties to preserve electronic evidence.

C-52, Investigating and Preventing Criminal Electronic Communications Act, requiring Internet Service Providers to a) have infrastructure that will allow law enforcement agents to intercept internet communications of their customers; b) provide basic information about their subscribers to law enforcement.

Samsung Series 9 proves that Windows PC laptops can be elegant

How to Find a Safer Cell Phone