The WHO and its cancer research arm put out a statement that classified electromagnetic fields (such as those emitted by wireless communication devices), as possibly carcinogenic to humans. A kind of malignant brain tumour, known as glioma, was referenced in the report. 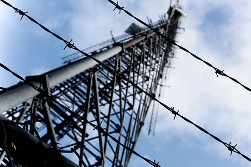 Cell phone radiation from towers and handsets is a concern for some people.

That does not mean you should put down your smart phone or get brain cancer.

But it does mean more research and investigation is probably warranted, and that some basic preventative or protective steps be taken by users.

Estimates say there are some five billion mobile phone users worldwide, so even a small increased health risk could have significant consequences.

“Given the potential consequences for public health of this classification and findings it is important that additional research be conducted into the long-term, heavy use of mobile phones,” said WHO official Christopher Wild. “Pending the availability of such information, it is important to take pragmatic measures to reduce exposure such as hands-free devices or texting.”

Our own government health officials responded to the news, downplaying it somewhat and noting its own research and regulations concerning cell phone radiation.

Health Canada acknowledges that “(s)ome of the RF energy emitted by cell phones is absorbed in your body. The amount of energy you absorb depends on many factors, such as how close you hold the cell phone to your body and how strong the signal is.”

But it says, the weight of evidence does not indicate that the energy emitted by cell phones is strong enough to cause “serious health effects”.

“Some scientists have reported that cell phone use may cause changes in brain activity, in reaction times, or in the time it takes to fall asleep, but these findings have not yet been confirmed.”

Phones are rated or listed by a measurement known as SAR, or the Specific Absorption Rate. It’s a measure of the amount of radio frequency (RF) energy absorbed by the body when using the handset.

The WHO has concerns about cell phone use and human health.

All cell phones emit RF energy and the SAR varies by handset model, as well as by how the device is used – handheld against the ear, in a holster or carrying case, with or without headphones or Bluetooth, etc.

The lower the SAR, the less radiation is emitted — so it’s theoretically safer in that regard.

Health Canada’s Safety Code 6 has set a safe standard for cell phone radiation of 1.6 watts per kilogram of human tissue, so handsets sold here must  meet (or be under) that rating. (In Europe, the upper limit is set at 2.0 W/kg).

There are online SAR listings of current and some legacy devices, published by the U.S. Environmental Working Group, CNET and the Federal Communications Commission. 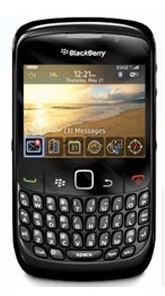 RIM offers radiation safety tips for its handsets, like the Curve.

For example, RIM talks about its BlackBerry Curve and radiation ratings with the device clipped on a belt or approved holster. The company notes that carrying devices not approved by RIM should not be used.

The technical engineering group IEEE, by the way, responded to the WHO report with its own commentary, saying the tentative connections between radiation emission and health concerns were “no cause for alarm”. It noted that many daily hazards pose a greater threat than cell phone use, and that a specific mechanism for the conveyance of negative health effects from the devices had yet to be clearly established.

If you want to reduce your exposure to cell phone radiation, there are a few simple things you can do.

First, keep and use it away from your body. Even the manufacturers recommend you keep the handset about an inch from your body (look at the user manual’s safety warnings that came with your phone).

Then, use a wired headset; talk on a speakerphone, or use the testing features.

Don’t keep your phone in your pocket or bra. They may seem convenient, but it’s also a way of exposing sensitive areas to radiation.

And don’t go to sleep with the cell phone on, next to your pillow!

Apple reportedly set to improve voice control on next iPhone