A new online destination for photophiles has been named one of Toronto’s top start-up tech companies. 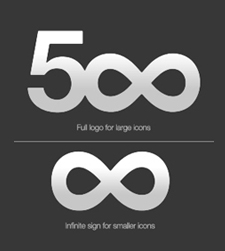 500px is an Internet-based community of like-minded (for the most part) creative image-makers from all over the world; this cool portfolio and social site offers online photo hosting and promotional integration across other social networks now — with more expansive plans coming soon, as they say.

The images online are often gorgeous scenics, breathtaking composites or edgy and ‘in-your-face’ – there are nudes, for example.

As a photographer, you can amass the ‘Likes’, and get greater exposure for your image. (There is a ‘Dislike’ function, which photogs are cautioned not to take too personally.)

The idea is that online promotion and social media marketing activities are powerful tools to promote the image and the artists selected. Photo tips and advice are also shared via the site.

Core services are free, with a premium paid level offering greater capacity and customization among other features. Mobile functionality is also supported.

All photos can be accompanied by narrative text and technical descriptions, and a new lightbox feature opens up even more detail.

500px is a new online community for photo enthusiasts

Site developers and programmers say that submitted “photos are now safe from copying across the site”, including its community, portfolio, and blog sections.

No dragging or saving of photos is allowed, but as 500px points out, “There is not technology on earth that can save your photos from copying. Not us, not Flickr, SmugMug, PhotoShelter or anyone else.” 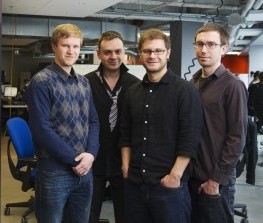 The site first came to in early 2003, and has gone through a number of revisions since then. Version 2.0 was unveiled 2009; founders and Ryerson University alumni Evgeny Tchebotarev and Oleg Gutsol later joined with Ryerson’s Digital Media Zone (DMZ) high-tech incubation centre to further develop and market the concept.

500px reports it is launching a public Application Programming Interface (API) by the end of the summer, which will give access to the 500px system so others may build their own digital projects or apps based on the company’s content and functionality.

It’s all led to the company being named Toronto’s number one start-up in the monthly TechVibes Toronto Startup Index.

The list also featured DMZ start-up Shape Collage at number 15 and a number of others from the DMZ throughout, including DMZ grads TeamSave, Burstn and LeanIn; current DMZ companies Spenz and Viafoura; and newcomer Crowdfield.

“I am very pleased to congratulate 500px on this significant achievement,” Hossein Rahnama, Associate Director at the DMZ multidisciplinary workspace, said in a release. “They are the latest in a string of companies to make the DMZ proud. Not only are our entrepreneurs really connecting with and contributing to the Toronto start-up ecosystem, but obviously they are playing a leadership role. This is all a part of the zone model and we are thrilled to see it working.”

Apple reportedly set to improve voice control on next iPhone