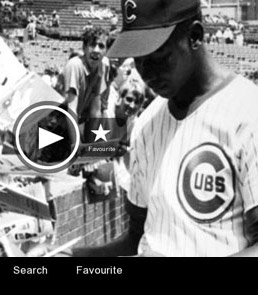 A Donald Brittain documentary featuring Ferguson Jenkins is one of many docs available via the PlayBook NFB app.

The BlackBerry PlayBook offers users a compact yet powerful multitasking tablet device that’s ideal for business users as well as consumers, here are some essential apps.

For existing BlackBerry smartphone users, the PlayBook makes sense since it can work in tandem with the data connection coming from the smartphone. Here are 5 essential apps that have helped me make the most out of this diminutive tablet marvel. 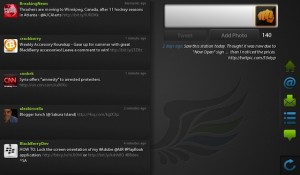 Blaq Twitter App – One of the more refined and elegant applications for the PlayBook is the Blaq Twitter client. Offering an interface that is optimized for the PlayBook’s screen as well asresponsiveness to the gestures and nuances of the BlackBerry OS.

With Blaq users can post, search, read tweets or follow users in real-time while taking advantage of the PlayBook’s speed.

News360 News Reader – News360 isn’t exclusive to the PlayBook since it is available in all mobile tablet platforms but we like how it is implemented on the 7 inch screen. News360 is ideal for users who are too busy to surf news sources individually. This application offers realtime updates on the latest news broken down into logical categories. It is intuitive, quick and easy to use plus it is completely free.

Documents To Go –  Free with the BlackBerry PlayBook, Documents To Go gives users access to Word documents, Excel spreadsheets and PowerPoint presentations that can be viewed, edited and shared using the tablet. The PlayBook is a business grade device so it is expected that it can pinch-hit for a full featured notebook. With Documents To Go, carrying around and sharing vital files and presentations is easy and convenient. 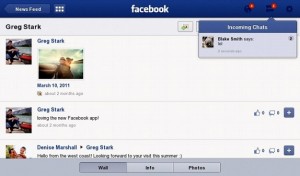 Information is tailor-made for the tablet form factor and is displayed in an optimized manner. This is one of the better implementations of Facebook we’ve seen outside the web version.

National Film Board of Canada – The NFB app for the PlayBook gives users access to a vast collection of independent Canadian short films. Using the PlayBook’s stunning HD capable screen, this app is like having your own personal collection of experimental and avant garde films which can be viewed anywhere you have a WiFi Internet connection. It is also one of the better designed apps we’ve tried and a complete joy to use. It truly puts the ‘Play’ aspect of the PlayBook in perspective.

What’s Your Tech? Any other promising apps out there that make use of the PlayBook’s unique features and navigation worth checking out?

Back to School Guide – Digital Cameras