We’ve clearly got the creative capacity – just look at some of the winning entries.

Now, if only we could do something about our naming protocols!

The 2011 Digi Awards (see list below) have been presented to Canadian companies and individuals from 17 digital media categories, including mobile and gaming, Web series and technologies.

The awards were known for a decade as the Canadian New Media Awards, before changing names for the 2011 presentations.

The Canadian New Media Awards were first presented back in 1998, as part of the country’s first nationwide process to celebrate the fast-developing digital media landscape in this country.

As the digital industry grew and expanded, so did the CNMAs, adding new categories and drawing more attention to award winners and nominees over the years.

In 2007, the CNMAs partnered with nextMEDIA, so that a combined awards gala and industry trade event would be the high point of the Canadian digital scene’s calendar each year. 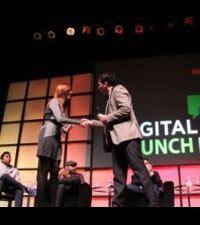 The CNMAs officially relaunched as the Digi Awards at the close of the 2010 awards show, continuing to evolve alongside the digital industry with the new name and new format for awards presentation, including a Digital Launch Pad for hot new companies.

This year, as well, major Canadian digital media content creators like the National Film Board of Canada, the Canadian Broadcasting Corporation, the Globe and Mail and others, were among the winners – but up-and-coming companies, like Uken Games, were also award recipients.

But then….there are the DIGIs.

In this case, the DIGIs are the national digital media awards for high school students in Canada.

As described by the founder and director, Stewart Reynolds, the goal of these DIGIs is to celebrate and highlight the achievements of high school students from across Canada in all areas of digital media, including video production, animation, photography, audio production, video game design and more.

These DIGIs culminate in an awards show held in Stratford, ON. Now in its second year, it has 16 categories for awards; there is no cost to enter the contest, to be held in May 2012.

For now, then, let’s agree that digital achievement in Canada is an ‘all-ages show’; there are award opportunities for high schoolers, and for working professionals in the industry.

They are all seeking to honour and acknowledge an amazingly creative country and community, as nextMEDIA Executive Director Mark Greenspan noted:

“It gets harder and harder every year to choose the winners for each category,” he said. “The gala awards were a spectacular display of Canadian achievements. This year’s winners truly represent the brightest, smartest and cutting edge talent and skills in the country’s digital media scene, and we’re delighted to recognize and congratulate them all.”

The DIGI Awards is produced by Achilles Media Ltd.

What will the tablet market bring in 2012?