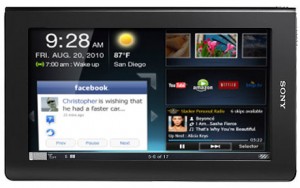 Anyone still in the market for a new tablet can get Sony’s Tablet S or the BlackBerry PlayBook at a discounted price right now.

I wrote a recent article on how the iPad Won 2011’s ‘Tablet War’  and there I stated that the problem with most tablets in the market was that they were too expensive and it would serve manufacturers to revisit their pricing strategy in order to entice consumers to buy the devices.

In that story, we predicted that companies that pursued higher price points might be forced to sell their devices at a discounted rate just to move product or to make some money  back from their investment.

Imagine, the Motorola XOOM first sold for $600 (already reduced from the initial $800 price announced) it now goes for $500.

Of course, in 2o11, the most popular fire sale was HP’s TouchPad which flew off the shelves only after HP decided to ditch webOS and price down the tablet for $100.

We’re  barely into the new year and already some tablets are following suit. The Holiday pricing for Sony’s versatile Tablet S has become permanent, the Google Honeycomb device is now sold at $399 for the 16GB version and $499 for the 32GB versions which is 100 bucks off the introductory price.

What is more curious is RIM which is reported to be pricing all of its BlackBerry PlayBook models at $299  in the US which means  buyers pay the same price for the 16GB, 32GB and 64GB versions which sounds insane. We checked the RIM US website as of the time of writing and confirmed the fire sale.

Remember that  the 16GB model originally shipped at $499, while the 32GB and 64GB versions initially listed at $599 and $699 while they collected dust in store shelves.

As eccentric as this move is, it should quickly purge inventory of 32GB and 64GB models. Too bad this is a US only deal.

Will other manufacturers follow suit? I think so, specially once newer devices take the stage at CES 2012 next week where an abundance of  quad-core Android tablets are expected to make their appearance.

So What’s Your Tech? Are the price drops on these tablets a compelling enough reason to run out and buy them?