It’s one of technology’s great assets: it can be used to help people in an emergency.

In particular, cell phones, smartphones and the like can be a lifeline for us when needed. 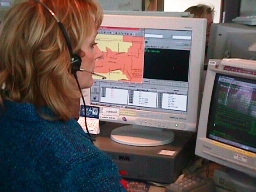 Nevertheless, there are some serious issues surrounding the future of 9-1-1 services, the technologies that are used, and the procedures that should be used when making a 9-1-1 call, or responding to one.

That’s why Canada’s telecom and broadcast regulator, the Canadian Radio-television and Telecommunications Commission (CRTC) is taking a close look at the future of 9-1-1 emergency phone services in Canada.

For example, some 40 per cent of all 9-1-1 calls are non-emergencies. Forty per cent!

Most of those are made accidentally from unlocked mobile phones kept in a pocket or purse. So-called ‘butt calls’ can tie up much-needed emergency resources unnecessarily; municipal police services and provincial governments in Canada are trying to take a stand against butt calls; now, the federal regulator is taking a kick at the can, too.

Perhaps not as well known is the fact that programming a 9-1-1 ‘speed dial’ function into your phone is against the law! (Some phones have a one button emergency feature already, a built-in feature that could have great benefit, but also some cost and risk.)

Emergency call systems use one of two core technologies to determine a 9-1-1 caller’s location: network-based or handset-based. Network-based technologies determine location with equipment that resides in the system, like cell phone tower triangulation. Handset technology uses gadgetry that’s in the phone itself, like GPS location.

But, in some situations – such as indoors – both methods can fall tragically short in a real emergency.

And new IP or VoIP telephony systems pose other technical and operational issues for 9-1-1 operators and first responders.

To review all these issues, and more, in preparation for a comprehensive review in 2014-2015, the CRTC has appointed National Commissioner Tim Denton as an Inquiry Officer into 9-1-1 services.

Canadians are invited to share their views on how 9-1-1 services should be managed and could be improved. 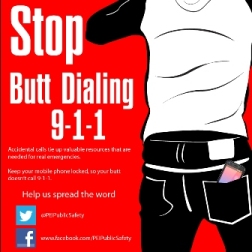 Pocket dialing is disrupting responses to 9-1-1 emergency calls, taking resources away from when and where they’re really needed.

“Each year, the 911 system is relied upon by thousands of Canadians during emergency situations,” Denton said in announcing the review. “As telecommunications networks evolve and adopt new technologies, we all have an interest in ensuring that the system continues to meet Canadians’ needs. In particular, I would encourage first responders, call centre operators and governmental bodies to share their ideas on how the 911 system could help them better respond to emergency situations.”

Denton will conduct research on 911 services in light of the telecommunications system’s ongoing evolution to next-generation networks based on Internet Protocol. His recommendations will be taken into consideration when the CRTC begins its formal review of the regulatory framework for Canada’s 911 system.

So, now through February 1, 2013, we can all share our thoughts, ideas and suggestions on a number of 9-1-1- topics, including:

• the performance and adequacy of the technology currently employed by 911
services, such as that used to locate a caller using a cell phone

• the issues related to the provision of 911 services on next-generation
networks, including how systems should be designed and the appropriate
institutional arrangements, and

Whatever you’re looking for, there’s a top smartphone for you