It’s all about time and space, said Albert Einstein.

Or was it Doctor Who?

In any case, we all know about many of the cool apps that help people navigate physical space, like finding their way around a new city or vacation destination using digital applications from Google Earth to TomTom, MapQuest and more. 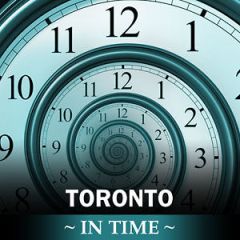 Toronto and Vancouver are highlighted in mobile apps that can take users through urban landscapes from yesterday, and today,

But some new apps are all about navigating virtual space, and finding your way through yesterday.

The myriad of networks that we call the Internet, and sometimes refer to as the cloud, can be mapped and even viewed as actual roads or routes across the planet despite the cloudy and sometimes nebulous conceptual framework.

It has launched a new app called Map of the Internet, which shows various ISPs, IXPs (Internet Exchange Points) and other entities that help send data traffic around the world.

The app offers a ‘3D visualization’ of all the networks worldwide that are interconnected to form the Internet, and the map can be zoomed and panned, rotated and enlarged for greater visual clarity and detail. Searches and route tracing can be performed, a potentially revealing function that Toronto developers have already exploited for specifically Canadian uses: IXMaps is an interactive tool developed here that permits Internet users to see the route(s) their data packets take across North America, sometimes taking very round-about paths to get from one destination to another.

The Peer 1 map app, by the way, also offers up historical data and information about events that helped shape the Internet.

Now, conveying historical data is one thing; mapping it – and photographing it – is another.

A new series of mobile apps nevertheless attempts to do just that: Cities in Time offers two apps so far, that track the development and landscape of Canadian cities over time.

Toronto in Time is second in the Cities in Time series, which started with Vancouver in Time; both mobile apps had conceptual and technical development from 7th Floor Media at Simon Fraser University in Vancouver, BC. 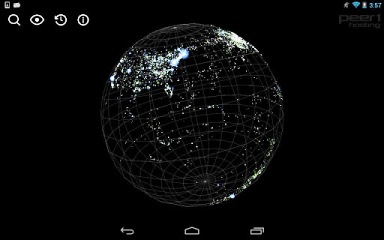 Peer 1 has a released a new app that maps the Internet.

The iOS and Android apps let users explore each city’s history, as documented in text and photos. Stories and locations can be searched by theme or neighbourhood, and users can follow suggested walking paths and trails. Although GPS-based location services are not featured in the app, there is a Map option to search and locate nearby sites and the content that goes with them.

For example, Toronto in Time highlights stories about a music club that hosted the Rolling Stones, U2, and Marilyn Monroe; it explores a site where soldiers from the War of 1812 lie buried, and it introduces a cast of characters that includes inventors, musicians, entrepreneurs, bank robbers, artists, visionaries and dreamers who all contributed to the city’s history.

Vancouver’s app tells stories of the resident ghost of the Vancouver Art Gallery, the Bloody Sunday clash in the Great Depression, the Babes in the Woods murders, and billionaire recluse Howard Hughes being holed up at the Bayshore Hotel.

A dedicated photo researcher on the project helped source historical photos, and then newer shots were matched to the historical photos in terms of sizing, composition and perspective. Both historical and modern photos were re-sized for continuity within the app, described Davina Choy, Community & Digital Media Coordinator at The Canadian Encyclopedia/ L’Encyclopédie canadienne, and users can manipulate these ‘before-and-after’ visions to compare and contrast past urban developments. 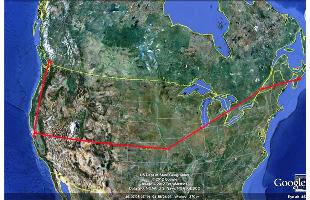 IXMaps is a online application that traces, tracks and displays the route your data takes, such as an e-mail sent from Canada’s west to east coasts.

So, all you great developers out there, where’s the app for the future?

Wind Mobile could be up for sale

Evernote 5 comes to Android with improved camera, notes and features