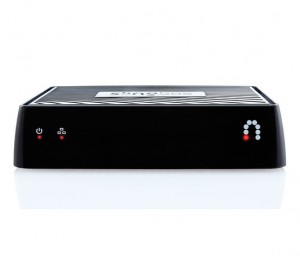 The Slingbox has been a rare case in that it has essentially offered the same core functionality and gone through few makeovers, yet has evolved enough on both the hardware and software sides to make the cost of entry more affordable with the M1.

The M1 isn’t a revolutionary device as far as the Slingbox lineup goes. It’s essentially the same as the now-discontinued Slingbox 350 and Slingbox Pro-HD, albeit with slightly better components inside, a smaller frame and best of all — Wi-Fi. The addition of wireless connectivity was previously reserved only for the bigger bodies, like the Slingbox 500, now repackaged as the Sling TV, but now signals a point of no return.

Such is the ubiquity, speed and range of Wi-Fi within a home nowadays that setting up the M1 is far less tedious than its predecessors, which could only get online via a wired Ethernet connection. Unless you’re a stickler for home networking and prefer the wired option (Ethernet port is still back there) by either keeping it close to your router or using a powerline adapter, going wireless should be fine. As far as standards go, the M1 only goes as high as Wireless-N (802.11n), not the current high standard of Wireless-AC (802.11ac). It’s a bit of a drawback, but matters less than the upload speed of your home Internet connection, which we’ll touch on a bit further down. 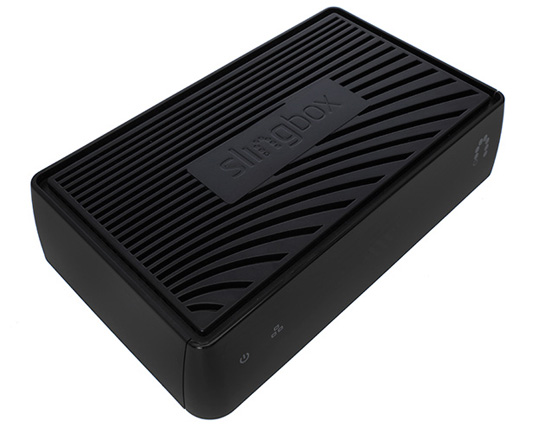 The general use case of the Slingbox remains the same. You connect it to your cable or satellite box, set it up on a computer or mobile device and then view the live TV signal (or your PVR) either within the home, or remotely using the free desktop app for Windows PC or Mac or the SlingPlayer app available on mobile devices and various other platforms. Its tried-and-tested method has been a winner for years, though the level of competition for accessing content, live or otherwise, has only continued to squeeze Sling Media from different sides.

Before getting to that, it should be noted that the M1 was probably the easiest Slingbox to set up thus far. In previous iterations, the process was a bit drawn out on the software end, sometimes leading to maddening issues that required troubleshooting. The steps have been lessened considerably now, enabling setup to go no longer than five minutes from start to finish.

An unfortunate omission on the hardware front is HDMI. There is no output for it, forcing you to use the included red, green and blue component cable. The box does have built-in IR emitters that should be able to make contact with the receiver on the cable/satellite box to change channels remotely, though a wired IR blaster is included in the box for extra peace of mind.

Then there are the apps. At $15 each, the added cost can pile up if you have different devices running different operating systems. Even within the same OS, the cost doubles, like SlingPlayer for iPhone and SlingPlayer for iPad, for instance. This same distinction also exists for Android and Windows. A separate app is required for Kindle Fire tablets. Having the option to tap in through a Roku is great, partly because the app or “channel” is free to download. Apple TV and Chromecast support are also assured, except you would need a SlingPlayer app to beam over the content.

Your home Internet connection is a crucial piece, too. Unlike most scenarios where the download speed is the vital piece, it’s the upload that matters most at the source. For example, a 1Mbps upload speed may get a decent picture, but likely won’t consistently funnel out HD quality to stream on the other end. 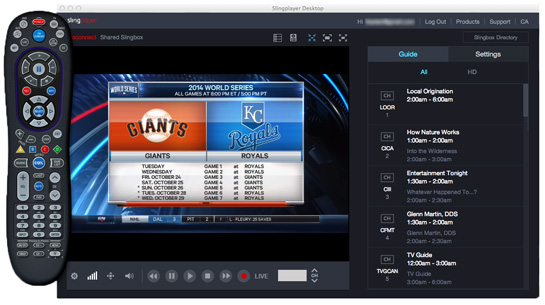 The download speed matters on the device you’re watching on. A solid Wi-Fi connection out and about should do fine, though a spotty one in a hotel might lead to a fuzzy image. For the most part, the picture quality is superb and is a great way to catch up on your favourite programs on the go. This includes LTE and 3G, though the bitrate is high enough that it will eat into a small data bucket quickly, so beware.

The user interface across the various devices maintains some of the same tenets, but isn’t as extensive or pretty as that found on the bigger Sling TV. Still, it’s straightforward, clean and serviceable, providing easy access to shows recorded on the PVR.

The Slingbox’s lack of geo-restrictions — still an ongoing battle with other over-the-top streaming services — also makes it easier to share a cable connection. A student living on residence could tap into a connection from his or her old room at home. A family could add a second or third TV viewing option in a different room of the house. A traveller would have no problem catching up on the latest sporting events by flipping channels in another part of the world.

There are no subscription fees to do all this, and at $180, the Slingbox M1 is the lowest price point of any other to date. It wouldn’t hurt for Sling Media to drop the prices of its apps, or at least offer some kind of bundling option when using the same OS, because buying two or three to cover different mobile devices inflates the upfront cost. As is, it’s still a good buy for any cable or satellite subscriber looking to reach out and touch the content from as little as a 50 feet to thousands of kilometres away.