“The alarming growth of consumer ad blocking…” came the supplier pitch. “How to Solve the Ad Blocking Problem” trumpeted the industry conference brochure.

According to some industry estimates, the so-called “attack of the ad blockers” resulted in an estimated 21 billion dollar loss in global revenue in 2015 (assuming all those blocked ads would have been seen, clicked and acted upon by a ready-and-willing cash-in-hand consumer). 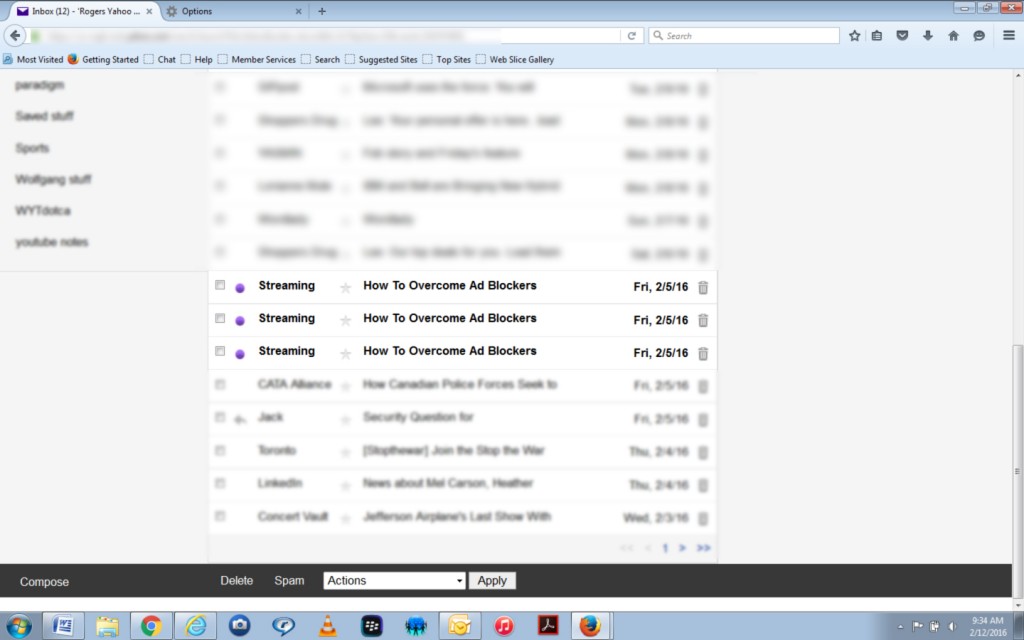 Ad blockers are seen as the enemy of online advertisers; would duplicate e-mail blockers be as threatening to existing business models?

The advertising industry is trying to block the blockers, using anything from sophisticated counter-coding, content restrictions and even legal action and lawsuits against the blockers and the blocker users.

What they seem to ignore is the fact that lots of consumers ­ surveys say 198 million people around the world ­ use ad blockers by choice, and that the use of voluntary end user ad blocking tools has grown some 40 per cent in the past year alone.

So online media outlets, interactive advertisers and mobile content publishers are juggling the need to deliver a great content reader experience to their audience with the need to generate a good revenue experience for themselves (and their shareholders).

A lot of the debate bounces around notions of QoE, quality of experience: slow page load times, oversized ads or bad page design, if not concerns over actual ad content relevancy, or lack thereof, a trend known as malvertising.

Yes, content descriptions and technical considerations are important, but as research into the use and efficacy of loyalty programs indicates, online marketers need to provide real value, not annoying ads, to the consumer if a prosperous relationship is to be maintained. Online marketers need to use technology as their customers have asked – or told – them to, not in direct opposition to their wishes.

Ad blocker advocates often point to the fact that it is intrusion and lack of control over privacy information – not junky ads – that really concerns them. Digital ads are great ways to profile, track and even spy on mobile users or Web surfers. The number of location-revealing beacon widgets, customer-tracking cookies and pixels, downloaded analytics tools and more found in all types of ad content on an average website is a real privacy concern and a major reason users deploy an ad blocker.

Of course, it’s not just the end user – as mentioned, keystone companies in the digital ecosystem like Apple, Mozilla and Samsung are among those using or introducing ad blocking tools so that their users feel more secure, more in control.

The fact the ad industry sees ad blocking as more of a threat to their revenue and profit than a threat to their customer’s privacy or security may be understandable. It’s profit they are in business to gain, after all, not necessarily online user safety and security (although may would argue the two are intimately linked).

So no, the reason for using an ad blocker should not be simply because you do not want to pay for the content without seeing the ads!

Adguard is one of the ad blocking tools available to remove ads and banners and to block pop-ups in Web browsers, like Opera.

Just as the online advertiser or content publisher should not disregard a customer’s wishes, the customer should not ignore the provider’s needs. Who we can blame for the rise of the ‘free content’ mentality is surely another heated discussion, but there is clearly value on both sides of the equation that needs to be recognized and quantified in a much more balanced manner.

It’s about turning “customers into brand allies instead of brand antagonists”, say conveners at one industry event. Offer good products at a good price, conduct open and transparent transactions between company and customer, show mutual respect and best intentions for all concerned.

Yes, there are many such ‘Pollyanna-ish’ calls out there. Some say just make better ads. Others encourage the rise of affordable subscription models. One ad industry association suggestion, backed at an information meeting by major companies that fight ad blockers, is to educate its members about the technological tools at their disposal, both at the domestic (U.S.) and international level.

Another option is for the top one hundred or so websites out there to get together and stop showing content to ad blocker users, and to consider the use of legal action against the developers and users of those ad blockers.

Because we all know how well lawsuits work in lasting friendships.

IF automates functions to make your smartphone smarter