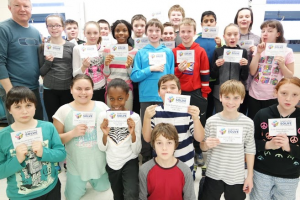 Samsung Canada has motivated 55 semi-finalist student teams to complete this month the next phase of Canada’s first-ever Samsung Solve for Tomorrow Challenge. In partnership with Canadian YouTubers AsapSCIENCE and educational organizations Let’s Talk Science and The Learning Partnership, Samsung’s Solve for Tomorrow Challenge encourages Canadian students in Grades 6 through 12 to apply their natural curiosity and to think big using science, technology, engineering and math (STEM) to solve everyday problems in their local communities. These semi-finalist schools are now building out their proposed STEM solution, competing to be one of 11 prize winning finalists to move to the final stage for a chance to win one of two grand prizes of $50,000 in Samsung Solve for Tomorrow classroom technology grants and a visit from AsapSCIENCE. 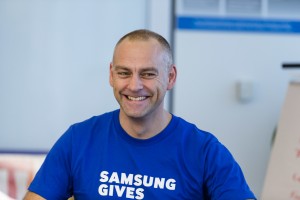 “We’ve been impressed by both the variety and creativity of schools’ STEM-based solutions to solve their local community issues,” said Mark Childs, Chief Brand Officer, Samsung Electronics Canada. “From an anti-bullying app seeing students home safely, to an anti-freezing plumbing solution for Canadian winters, these are tangible, real world innovations that are wholly inspired by STEM. We can’t wait to see how students bring these projects to life to benefit their communities across Canada.”

“It is a great project,” says Kent Butler, Englewood School, Prince Edward Island. “My students are learning things that will make them better citizens not just better in math, science, etc. [Global warming] is such an important issue, and I really felt students were not getting the big idea… [and] how it effects them personally.”

Jimmy Morris, Montague Intermediate School, Prince Edward Island, was another teacher happy to get involved. “I signed up my class for the contest because of its connection to allow students to see how learning and solving problems transfers to the real world,” began Mr. Morris. “The fact that Samsung is sponsoring a contest for education with the chance to win more technology is a huge bonus!! 21st century learning IS technology and like many schools, ours can benefit from the latest and greatest!”

“My class had just finished a water systems unit and had begun the fluids unit in science. I was trying to think of a way for them to work on something in class that incorporates the two units in a practical way. Using STEM as a guideline, the students were to create a prototype of an environmentally friendly machine that would extract water off of the school roof. The prototype had to be self-sustaining, and students were not allowed to go on the roof. They used tubing and syringes that acted as a hydraulic system and used the top of their desks as the “school roof” and they had to send the water that was on their desk to the ground and catch it in a bucket.” What has been the proverbial carrot for the students involved in this project at Montague Intermediate School? The winning prototype will be created in the spring and used to water the school/community vegetable garden.

“We would participate without a doubt next year as the students really took the lead role in the project and student led learning and problem solving is the basis of the contest,” said Mr. Morris. “I believe it is a well-organized and valuable contest where schools only experience positives from being involved.”

Beyond getting a green light from school administration, how much work is involved for participating schools?

“Up front time was about two hours to decide on a STEM project and complete the application,” explained Colleen McCarthy, St. Kateri Tekakwitha CES, Hamilton, Ontario. “The time spent creating the video is approximately 6 hours. Media and technology are both expectations in the curriculum so this project was a perfect fit. Time commitment to implement the project we are still negotiating. Ideally it would be an hour twice a week.”

Ms. McCarthy added, “It was an opportunity to involve our students in an exciting project; and the prizes could advance our school’s technology capacity greatly. As an elementary school our students do not have the strong STEM knowledge and abilities that our counterparts in the secondary schools have; so we decided to use our students’ strengths to fulfill a unique STEM need.”

Right now, the semi-finalists are capturing their solutions in a three-minute video with their new Samsung GALAXY Tab S, Samsung Galaxy NX 3000 and Adobe editing application from Google Play Store, courtesy of Samsung Canada. Submissions are needed by February 29, 2016. 11 prize winning finalists will then be selected and awarded $20,000 in classroom technology, and will go on to compete in the final phase in Spring 2016 for two grand prizes of $50,000 in Samsung Classroom technology. These two grand prize winning schools will also win an exciting celebration event from Mitch Moffitt and Greg Brown of AsapSCIENCE and have their student projects featured in an AsapTHOUGHT video.

To learn more about the contest rules and regulations please visit the Official Rules page or check out @SamsungCanada and #SamsungSolve on Twitter, Facebook and Instagram.

IF automates functions to make your smartphone smarter