We’re facing “a torrid tempo of technological change” threatening our deepest tenets about privacy and security, citizenship and democracy.

The Internet, mobile media, and connected devices open new avenues for commerce and communication, sure, but at the same time they can be used to undermine human rights, political freedoms, and global security.

Looking beyond cyber-crime for profit, we are seeing how the Internet is being controlled and manipulated by governments in order to censor, monitor, and influence their citizens.

That vision is thanks, in part, to the work of Internet sleuths working here in Canada. The story of how these cyber-stewards uncovered digital malfeasance around the world, and how they developed tech tools to combat it, is told in a fascinating book and now, a powerful new feature length documentary. 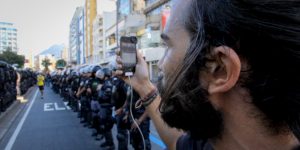 Global efforts to maintain a free, open and democratic Internet are documented in Black Code, a powerful new Canadian documentary.

Black Code: Inside the Battle for Cyberspace was released back in May 2013; written by Ron Deibert, it outlines the work going on at Citizen Lab and the University of Toronto’s Munk School of Global Affairs. Deibert is the Lab’s director, and he describes the precarious state of digital rights that his team’s evidence-based research has uncovered.

Citizen Lab has been working to expose cyber-espionage campaigns, major security flaws in digital devices, and the many threats emerging from the intersection of Big Data and Big Brother.

Deibert’s team has first-hand knowledge about cyber-warfare, and the film follows these cyber-activists to countries around the world as they deploy their own digital tools and other information technologies to fight for human rights in harrowing situations that come straight from today’s headlines.

It’s not just global hotspots, and the risks are not only from despotic states or manipulative agencies.

As Deibert has written about cyber-security and privacy here at home, there are “ubiquitous surveillance programs clearly directed at Canadians, involving data associated with Canadian airports, hotels, Wi-Fi cafes, enterprises and other domestic locations.”

Black Code also notes that not only do major security flaws exist in our digital devices (from Web browsers to smartphones to all those things connected to the Internet of Things, or IoT) that expose us to threats, so too the willingness with which we willingly share our personal and potentially valuable information with others.

“In entrusting more and more information to third parties, we are signing away legal protections that should be guaranteed by those who have our data,” Deibert says. 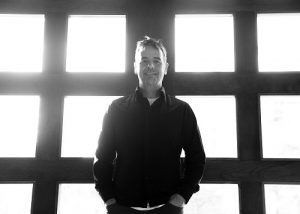 “We all have to stay alert to the dangers of an online environment dominated by a cyber-security-entertainment-industrial complex,” Deibert underscores.

He rightfully cites mobile devices, social media, and cloud computing as among the dangers to watch today.

He could have cited punch cards, film rolls, and fingerprints. They were the high-tech gadgets of their day, back in the late 1800s!

More than 120 years ago, that “torrid tempo” of tech change was first cited as a potential threat to privacy and a driver of unrestrained surveillance.

American historian and author Alfred McCoy has pointed out that developments such as data storage, image retention, and biometric technology are not all that new. Nor is the threat they pose. The battle for cyberspace began before there was a cyberspace. 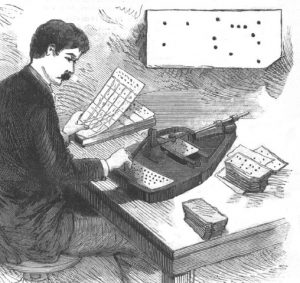 Big Data in the early days – data from 1890 Census forms were punched onto cards using a pantograph. Scientific American, Aug. 30, 1890.

Yet Deibert and de Pencier do see light at the end of the long-blackened tunnel: education, information, learning, and awareness are crucial weapons in the battle.

As such, Ron Deibert will engage in an online Skype Q and A session following the screening of his film as part of the Vancouver International Film Festival on April 14.

Black Code will also be screened as part of the Human Rights Watch Film Festival, March 29 to April 6 at the TIFF Bell Lightbox in Toronto.

The documentary, which had its world premiere at the Toronto International Film Festival (TIFF) in September 2016, will be in theatres in mid-April.

The movie poster for Black Code, a new Canadian documentary that looks at the external factors that expose us to online threats, but also the willingness with which we willingly share our personal and potentially valuable information with others.

Reviewing the Samsung Galaxy A5