The next game-changing computer technology is getting closer and closer to widespread integration across our networked society, and leading technologists are already looking for a way to protect today’s data from tomorrow’s attacks.

Quantum computing is the next giant step in computing power; developers working in artificial intelligence and machine learning are thrilled, data privacy advocates and IT security managers are scared. Quantum increases in processing power will give powerful tools to anyone who wants to hack our data, software or technology.

Quantum computing security threats are looming over the IT industry, says a Canadian company working in the sector. (CIO/ISARA Corporation)

Bits are Bits, But Qubits are…..Weird

Bits are the bits that normal computers see as raw material, and while a computer must process billions of them to calculate a math equation or stream a video, the fact that a bit can only be a one or a zero makes the task more manageable.

But quantum bit, or qubits, can be both a one and a zero at the same time. They can have something called “superposition” and they exhibit a powerful capability called “entanglement”.

Both characteristics basically mean that they can do a lot more work: a quantum computer’s ability to do simultaneous processing and exponential scaling (picture two qubits doing four calculations at once, three doing eight, four doing 16, and so on) brings an enormous increase in computing power over today’s machines.

So international organizations representing some 200 countries worldwide are working together to develop new security standards to protect our computers, mobile devices, IOT sensors and telecom networks against attacks from powerful quantum-enabled adversaries, and Canadians are getting a big vote of confidence for their contributions.

The International Telecommunication Union (ITU) recently approved important quantum-safe encryption certificates from ISARA, a Canadian cybersecurity firm. The ITU accepted ISARA’s proposal to support multiple public-key algorithm certificates as a new feature in global safe computing standards. Private companies like ISARA must be sponsored by their governments in order for the ITU to review their proposals.

“ISARA is among a number of companies emerging in Waterloo Region’s Quantum Valley with the promise to lead the world into a new era of quantum computing,” Navdeep Singh Bains, Canada’s Minister of Innovation, Science and Economic Development, said when the ITU announcement was made. “Our government is committed to collaborating with Canadian companies leading the way in quantum computing research and contributing to Canada’s success in the digital economy.” 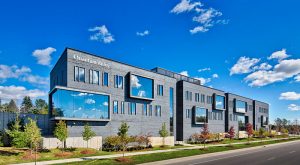 The home to Quantum Valley Investments and leading tech Canadian companies in the quantum computing space.

Bains’ reference to the Quantum Valley region of southern Ontario speaks to the commitment made by tech leaders like Mike Lazaridis and Doug Fregin, founders of BlackBerry and of a $100 million venture fund for the development of quantum-based technologies. Lazaridis dubbed the Waterloo region “Canada’s Quantum Valley” several years ago, and now the investment firm he heads and companies like ISARA are housed in the former BlackBerry building in Waterloo.

Such companies are capitalizing on the available capital, and the growth in quantum computing overall. ISARA, for example, has opened an office in the U.S., it’s released a new version of the ISARA Radiate Security Solution Suite (giving other companies and OEMs the ability to integrate quantum-safe security measures into their existing commercial products and networks), and it recently hired a vice president of strategic partnerships. 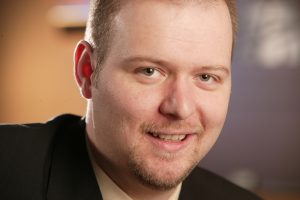 Alan Panezic is his name; he is a long-time technology innovator, holding six wireless technology patents. He has also tackled the significant security challenges and threats posed by large-scale commercial quantum computing.

Simply put, much of the data whipping around the Internet today — everything from credit card purchases to personal medical records, operational business data, even government documents and records — are secured using a method called RSA coding.

RSA coding is an asymmetric, or two-step, process that uses special algorithms or keys for encrypting and decrypting messages. Pretty much any computer can multiply two numbers and work out the answer. But if you only have the answer, working out the two numbers is much harder – but not impossible. A quantum computer can do it, and that means most of today’s encryption codes are now or soon will be obsolete.

But the ITU has now accepted ISARA’s proposal to support multiple (not just two) public-key algorithm certificates – the certificates are used in safe and secure transmission protocols, including TLS/SSL, the basis for HTTPS, the secure protocol for browsing the Web – as part of the international standard in quantum-safe certificates, and a way to get today’s computer systems upgraded to quantum-safe status.

“There is not a single sector within technology that shouldn’t be assessing how to ensure their systems are quantum safe,” Panezic said, describing the growing need to prepare existing systems (everything from bank records to autonomous cars) for very real security threats, and his company’s expanding ability to help do so.

“Quantum computing will deliver amazing benefits and, in the wrong hands, could present serious threats,” said Michael K. Brown, CTO of ISARA Corp. “All organizations with critical data need to begin preparing today by protecting information whose confidentiality must persist over time.”

The merger of quantum mechanics and information technology will change things in ways you will not believe – but fear not, Canadian researchers and innovators are leading the charge that will reconfigure and redefine the 21st century.

What mobile payment options are available for Canadians right now