Industry leaders, consumer advocates and publicly traded companies in the tech industry are themselves saying that open standards and ethical parameters are a much-needed response to the unruly and unregulated pace of technological development today.

Initiatives to add some kind of security and privacy grading system to new product and service reviews are in the works. Open standards are being developed for how various technologies, especially AI (artificial intelligence) and big data analytics, will be used — and to whose benefit.

Such moral reckonings are sorely needed in light of the pervasive power, deceptive actions and ubiquitous impact of new technological developments in all our lives.

Acknowledging (with a bit of an understatement) that industry-wide ethical standards for artificial intelligence (AI) “may currently be lacking”, Canadian industry leaders from the public and private sectors are coming together to create actual documentation that will guide the ethical development of AI tools and applications.

The CIO Strategy Council (CIOSC) is now developing what it calls the first-ever globally-recognized standards for the ethical use of both artificial intelligence and big data.

Recognizing that the creation of ethical AI standards and policies may well be more than any one person or organization to handle, the Council has launched two technical committees to inform and drive the standards forward, in concert with an open national forum and consultation with those working in the field.

Today’s information and technology ecosystem is already transforming the way governments, businesses and private citizens live, work and perhaps even think, so the folks at CIOSC say that “the ethical use of AI and data will be critical not only for our future economy, but how we function as a society.”

The CIO Strategy Council, with members from government, finance, technology and other sectors, was co-founded by the chief information officer for the Canadian government, Alex Benay, and former BlackBerry executive Jim Balsillie, who both serve as co-chairs; Jenna Sudds is the Executive Director at the Council.

Artificial Intelligence, Ethics and the Police 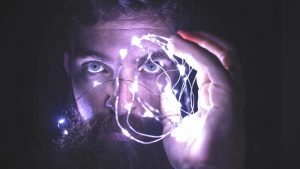 “[T]he ethical use of AI and data will be critical not only for our future economy, but how we function as a society” according to the Canadian CIO Strategy Council. CIOSC image.

Calls for the ethical development of technological tools echo from the boardrooms to the mean streets, with word that a U.S. company serving the law enforcement market has formed its own AI ethics board to guide the development of its products and services.

Axon makes body cameras for police officers and weapons for law enforcement, and it provides a cloud-based platform for collecting, analyzing and processing legal evidence.

As Axon CEO and founder Rick Smith put it when introducing the board, “We are committed to ensuring that the technology we develop makes the world a better and safer place. We … believe AI research and technology for use in law enforcement must be done ethically and with the public in mind. This is why we’ve created the AI Ethics Board – to ensure any AI technology in public safety is developed responsibly.”

Announced members of the Board include academics, law enforcement officials and civil libertarians. Smith added that Axon will describe the work of its Ethics Board in published reports, released once or twice annually.

With more than 18,000 law enforcement customers in more than 100 countries, including Canada, Axon must carefully and conscientiously balance the need for individual rights and data privacy with the need to support law enforcement activities, while also assessing the impact of AI technology on the communities it serves or interacts with. 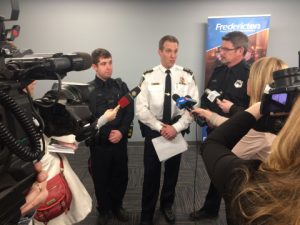 One of those communities is Fredericton, New Brunswick. The police force there has announced it is working with Axon Public Safety Canada to deploy multiple body-worn cameras and camera systems, as well as more than a hundred seat licences for its cloud-based digital evidence management system.

“We take privacy very seriously and address privacy concerns of law enforcement officers and citizens before releasing a product,” said Axon’s Director of AI and Machine Learning, Moji Solgi. “We intend to be transparent with our customers and the general public about these principles and our efforts to adhere to them.”

No matter what the product or service, no matter the sector being targetted by the latest technological innovation, the ethical design of systems that make decisions for us (as do so-called smart devices) or control information for and about us (as do all connected devices) is crucial.

Independent organizations like The Digital Standard are creating digital privacy and security standards to help guide the future design of any and all consumer software, digital platforms and services as well as Internet-connected products.

The project is a collective effort, led by Consumer Reports, Disconnect, Ranking Digital Rights, and The Cyber Independent Testing Lab, with assistance from the non-profit tech advisory group Aspiration, and it is calling for participation from the broader community of researchers, product testers and hobbyists. 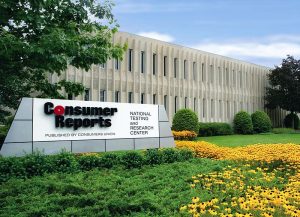 Consumer Reports, the well-known consumer product testing agency, is now including security and privacy as key factors in the ratings it gives to a particular product or service. Supplied image.

Consumer Reports announced last year its work on a new open source standard intended to help make Internet-connected hardware safer. The agency has released reviews and rankings of various mobile payment platforms and for the first time security and privacy are key factors in the ratings it gives to a particular product or service.

Such developments are being welcomed by many in the tech industry, as calls for the inclusion of moral standards, ethical guidance and degrees of social cohesion are seen as the important tech specs of the future.

While some of the ethic standards initiatives are non-binding, even self-policing as it were, they are being welcomed as first steps on the road to a more regulated environment that provides greater protection for our technological privacy, security and freedom.