New Web browsers and even alternate networks are promising greater control for mobile and desktop users over their personal data and information.

The browsers are being developed and delivered to market with the idea that users want and need more confidence and control when they’re online.

The basic browser has become a double-edged sword: on one hand, it is that oh-so-important doorway to the Web that translates computer code into the words, sights and sounds we crave.

On the other hand, it is the access point used by countless agents – corporate, criminal or otherwise – to the details of our digital lives. As we browse through the Internet’s collection of global content, our private information and personal data are being browsed in return, mostly by the mainstream browser-makers.

In response, a new wave of browsers has emerged to protect a user’s digital identify, not collect and sell it.

That’s what Tenta says, at any rate, describing its offering as a private and encrypted mobile browser with more privacy options than any other. 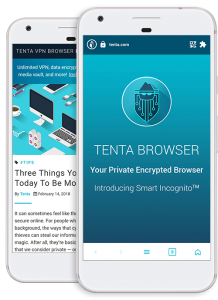 Tenta comes with full data encryption for not just transmitted data but also stored user data like bookmarks, downloaded media and other files, even saved tabs for later viewing.

Developers of TraceFree are calling it the world’s first virtual private browser, partly because it runs in the cloud and not on a user’s device. The idea of a browser in the cloud is being adopted more widely as one way to protect devices and networks.

All browsing evidence (cookies, viruses, malware and history) stays in the cloud, the developer describes, and it is deleted when a user logs out. Visited websites never directly interact with the user – or their device – so the user cannot be tracked by their data trail.

The Brave browser has been around for three or four years, so it is not new, but its latest iterations promise greater privacy protection for its users and a new business model for its advertisers.

In addition to its added security and privacy features, its rather brave idea is to strip out third-party ads and other elements of a webpage used by advertisers and publishers to track users, replacing them with its own targeted advertising it generates through its own sharing of “the limited information” its own browser gathers. 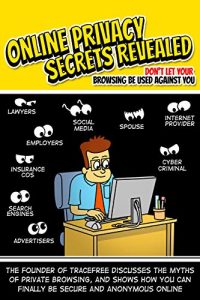 The founder of Tracefree discusses the myths of private browsing in this new book.

(Many new browser developers point out that the costs of unwanted ads and tracking tools are not just a threat to personal privacy, but also a drag on the speed and cost of data transmission. Adtech assets — animated advertisements, third-party integrations, data and display trackers, beacons, pixel trackers, log files, browser fingerprints, page scripts, social media connections and/or comment and feedback forms — all end up costing the user money as added weight on their data charges. Brave estimates the costs to be as much as $23 a month, or $276 a year).

Brave also gives users a kind of decentralized currency, like bitcoin, which they can use to support their favourite sites or compensate publishers in return for getting access to special content without being tracked or having their personal data compromised.

Brave is headed up by Brendan Eich, co-founder of the Mozilla Project that built the popular Firefox browser, itself touted as a secure and protective environment with its Incognito Mode that lets users browse the Web without their activity their being locally logged and by including privacy tools like ad blockers and anti-trackers right in the browser.

Mozilla’s Firefox browser, as mentioned, is a popular browser, known for its robust safety and security protections for online personal information. The free, open source software is regularly updated and enhanced with privacy-first features and functions.

As an alternative to the current Web configuration of corporately owned server farms connected by private, for-profit ISPs, they’ve unleashed the SAFE Network.

It’s a riff on peer-to-peer technology, using the spare computing resources of its user community (unused processing power, extra hard drive space, bandwidth and data connections). Encrypted transmissions across this network are chopped up into discrete chunks which are distributed or stored in various locations. This kind of decentralized or autonomous network gives the user control of their data, not external corporations or third-party organizations.

A user chooses whether and to what extent they will share their personal data according to their needs and wants. There is a cost to users to upload data but they do not pay in personal data and information: SAFEcoin cryptocurrency is used to pay for data charges and as a financial reward for sharing computer resources. 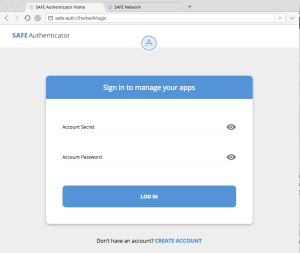 Privacy, as the founder of the SAFE Network and many other privacy advocates point out, is not just about protecting secrets or hiding things.

There is a somewhat complicated process to creating an account and gaining the trust of the community. But that is part of what SAFE Network founder David Irvine calls a culture change in the cybersphere: people are realizing the cost of a so-called “free Internet” is their data – and that the Web operates as part of a surveillance economy that uses sophisticated data harvesting and hyper-targeted advertising techniques to generate value and gain profit for itself, not necessarily for users.

Privacy, as Irvine and many other privacy advocates point out, is not just about protecting secrets or hiding things. It is about maintaining control over our valuable data assets and protecting our digital identities from unwanted or unknown manipulation.

There are other new browsers dedicated to online safety and data security, such as Opera and Vivaldi, and of course, the major browsers are all taking the need for protecting personal information more seriously.

The web browser offered by the folks at the Tor Project is equal part browser and VPN. By using the Tor Browser, your data transmissions are anonymized through a series of computer relays along the Tor network: at least three hops are made to obscure and encrypt traffic in order to protect your identity online.

As such, the service can slow down surfing experiences, but not so much that third-party trackers and ads can follow you. They are blocked by Tor and any cookies automatically cleared when you’re done browsing.

But it’s perhaps one of the greatest ironies of the Internet that we need more and more tools to keep our information safe on a network that was supposed to make information open, available and accessible.

From two-factor authentication log-ins and comprehensive password managers to regular releases of anti-virus and ad blocking software, from fee-for-service VPNs to the latest generation of browsers and indeed, networks, we’ve been forced into a corner that requires we protect ourselves at every turn. 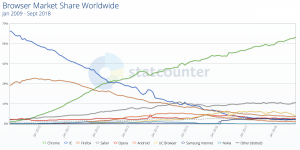