On reflection of a busy tech summer, a highlight was the inspiration provided by several female millennial tech leaders at “The Power of Your Story” event, which took place in Toronto on July 24, 2019 at the Verity Club.

The remarkable panel of tech trailblazers shared their unique stories about how they leveraged their talents to move the needle forward for women and tech. 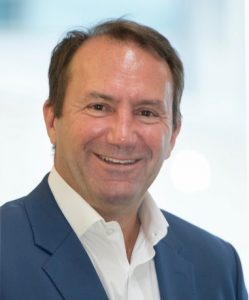 “They are entrepreneurs who see the sky as the limit”, commented Luc Villeneuve, president of Benchmark Corp and champion of gender diversity in tech. “They forged their own path and they inspire us to see what’s possible.” Villeneuve described the three of the panellists as:

Villeneuve added, “They inspire all of us, even if we’re not entrepreneurs. Every business in Canada can benefit from employees who have the entrepreneurial mindset and want to forge ahead to achieve the things that others think are impossible.”

I asked Chioma, Vanessa, Riya as well as Mpumi for their advice to other young women on how to mobilize their own talent and creativity, and their answers and perspectives did not disappoint!

“A good name is better than all the money in the world,” said Chioma Ifeanyi-Okoro, and “Invest in relationships that feed your soul. Focus on self-care,” she added. “Stop listening to that negative voice in your head. Surround yourself with people who lift you up.” She also advised, “Take up space, #DoItAfraid. Step out of your comfort zone and learn how to dance through any situation.

“My advice to young women is simple: follow your curiosity,” began Vanessa Vakharia, Founder and CEO, The Math Guru. “You don’t have to just be one thing or do one thing.

Vakharia explained, “For like, 18 years of my life, I was convinced that because I wanted to be a famous rock star, that meant that was ALL I could do, that the logical world was something I couldn’t be a part of. Once I learned that I could be BOTH logical and creative, that’s when the most creative ideas actually came to fruition! Now I run a math tutoring business (super logical) with a super vibey Zen spin to it (super creative), and the intersection of those two worlds are what have given me my most competitive and fulfilling edge!

Founder and CEO, Smart Cane shared her advice as follows: 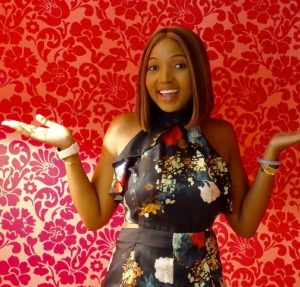 “As young women,” began Mpumi Nobiva, “I believe that it is of the utmost importance that we learn to prioritize our own growth and development before all else. This is imperative to our sustenance considering the many systems, structures, ideologies, beliefs, traditions etc., already set in eternal motion to deliberately stunt our growth unless we, ourselves, break the cycles.

Nobiva added, “Focus on who you aspire to be and what you inner voice directs you to do. Slow down, replenish, fill your self first, and then follow with filling others – not the other way around. These are lessons I constantly draw from in the wisdoms and teachings of Mom Oprah, my coach Tim Cork, and my own life. Watch your life, listen to your heart, pay attention to the signs.”

Tim Cork, president Straight A’s and Nobiva’s mentor commented, “Women need to lean in more and accept that they are on the same level as men or above in many cases. This is a mindset. A growth mindset. I see these young women on the same playing field as the experienced Executives.”

Cork also shared his “sure fire formula to success:

I also had the opportunity to speak in-depth with Luc Villeneuve, president of Benchmark Corp about gender parity and inclusivity so stay tuned for an upcoming article.

Mid-range Smartphones: What Can You Get On a Budget?