In what’s seen as a response to growing concern and controversy over public data use and the privacy of personal information, Toronto city council voted to join the Cities for Digital Rights and sign a pledge to develop a code of ethical digital standards and technological practices to be implemented across all city departments.

As part of council’s decision, city staff have also been directed to create free public programming, in partnership with the Toronto Public Library, that will help build citizen’s digital safety and literacy.

Made earlier this summer, council’s directives are now being implemented and a progress report is expected at a council meeting scheduled for November 26.

Toronto council’s decision to join the growing coalition of cities supporting digital rights is better late than never. The Cities for Digital Rights launched in 2014 and since then, 26 other cities have pledged “to protect and uphold human rights on the Internet at the local and global level.” 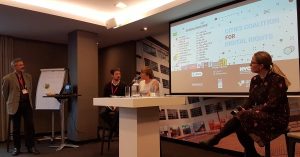 Organizers from the Cities for Digital Rights movement announced plans to grow the organization as they welcomed its latest members. CDR image.

Amsterdam, Chicago, London and New York are among the cities on-board with that declaration.

“The City of Toronto should adopt its own digital infrastructure, data and Smart Cities policy framework and governance plan to ensure that the digital rights of its constituents are upheld,” Councillor Paul Ainslie wrote in the motion, backed by Councillor Joe Cressy, triggering the process.

Surely, their actions do not mark the first time data usage and privacy issues have cropped up in Toronto. Data collection and “carding” have been an issue for Toronto’s police services; transportation policy has also been fuelled by broad data collection, such as on the Bloor St. bike lanes or the King St. pilot project.

But Toronto, and other municipalities, have upped their game as far as privacy protection and citizen awareness for valuable data is concerned, especially in the light so-called “smart city” development trends overall and specifically the city’s waterfront residential development project known as Quayside, planned by Google’s parent company, Alphabet Inc, and its Sidewalk Labs subsidiary. 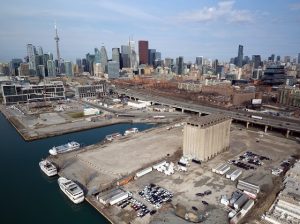 Quayside, the proposed smart neighbourhood in Toronto, will  be a test lab for big data analytics and for the city’s ability to manage its own digital domain. Sidewalk Labs image.

Plans for the proposed high-tech Toronto neighbourhood include a range of advancements and benefits for urban life, made possible by gathering data – lots of it. The new community would be a highly sensored environment: surveillance cameras; sight, sound and motion detectors: environmental and other monitoring systems are among the data collecting devices planned for use.

But organizations like the Canadian Civil Liberties Association and a citizen’s group called BlockSidewalk have raised red flags about potential privacy breaches, if not violations of constitutional rights. The CCLA has actually launched a lawsuit against organizations and governments at all levels that are involved in the lakefront development.

In that light, council’s call for the protection of digital rights, the enhancement of digital literacy and development of a digital code of ethical standards is a reactive step. But council also wants to be proactive, and to work with NGOs, entrepreneurs, established as well as start-up tech companies and the general public to address policy issues affecting the urban digital lifestyle.

That’s where the library comes in: Toronto Public Library (TPL) already offers free programming about digital literacy and privacy information so members of the public can familiarize themselves with technologies that enhance their personal security online and safeguard their personal data, as part of the Digital Privacy Initiative outlined in the TPL’s 2019 Strategic Work Plan.

(Library systems like TPL and the Ottawa Public Library system are among those that have long advocated for digital rights awareness and protection; many in Canada and the U.S. have made their own commitments and signed their own Digital Library Pledge.)

City programmers, community agencies and library staff all report that participation in and demand for such programs has increased in recent years.

To be able to develop and deliver even more digital literacy training, as Toronto council has voted, the TPL system will require additional resources and funding, including least one more staff person and additional funding of about $100,000 next year (the estimate will be reviewed and could be submitted for consideration during the 2020 Budget Process).

So while Toronto city council says it will sign and support the Cities Digital Rights declaration and create new digital safety and literacy programming, Toronto residents and organizations say they will continue to voice concerns about the city’s digital policy and related developments, such as the Google/Sidewalk plans for Toronto’s waterfront.

For example, city residents and volunteers are participating in activities conducted by BlockSidewalk to reach out to city councillors and keep up the pressure for policies that protect the rights of Internet users here.

And, on October 1, a forum and panel discussion hosted by a local community and labour group will provide an update for attendees on the digital plans for Toronto’s waterfront and what they mean for the future of the city.

WaterfrontToronto, the quasi-governmental agency overseeing developments on the city’s lakefront, has a series of related events planned this fall, including meetings of its design and digital advisory committees, as well as its Board of Directors.

Toronto City Council has instructed city staff and managers to make arrangements for the City of Toronto to sign on to the declaration of Cities Coalition for Digital Rights. CDR image.

From iPhone 11 to Apple TV+: A Run-Down Of What’s New From Apple

The Power of Her Story: Tech Trailblazers