Many Canadians, especially younger Canadians, are taking on entrepreneurial work in addition to their ‘regular jobs’ as a way to supplement their income. This type of work, also referred to as the gig economy, is indeed becoming more pervasive. What are the most common side-gigs? Is the tech sector being supported by the side gig economy? How large an economy is the gig economy in Canada?

Through a new survey, QuickBooks Canada discovered that most people with a side gig are not only younger, but fairly new to the game. Over half (55 percent) of those who have a side-gig have been doing so for less than 2 years and the added work allows them to earn an extra $1,100 CAD a month on average. And, side gigs are almost equally pursued by both genders, with males representing 54 percent of Canadian side giggers while 46 percent are female. 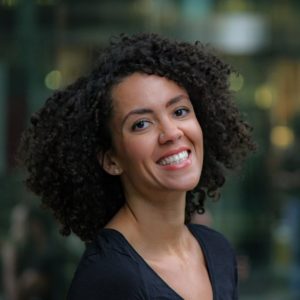 “Side-gigs have always existed,” said Melika Hope, Head of Product, Small Business & Self Employed Group at Intuit Canada. “I think we are seeing an increase right now because it’s easier than ever to dip into them and there’s so much variety. Canadians are making money off of passions and hobbies, which is fantastic. With the cost of living going up, especially in our cities, side-gigs offer the opportunity to supplement income, giving Canadians the chance to live where they want. “

QuickBooks Canada also reports that 3.5 million Canadians, roughly 15 % of our population, are stepping outside of their daily grind and taking on a side-gig, with younger Canadians (18-34) leading the charge, making up 53 per cent of side giggers. Study findings also looked at most common, time spent, tenure and financial aspects.

Most Common: While the gig-economy has seen the introduction of more digitally-driven side-gigs such as ride-sharing drivers and personal online trainers, the top 5 reported side-gigs are:

Time Spent: On average, these extra income-earners spend 11.5 hours a week on their side-gigs, which works out to about 1.5 hours per day. Service driven side-gigs (chef, assistants, landscaper) take-up the most time, while landlords/property managers spend the least amount weekly.

Earnings: Working a side-gig brings in $1,100 in extra earnings per month, as per the study. Property managers, personal assistants and freelancers are the most lucrative side-gigs, bringing in over $1,500 per month on average. The lowest earners are bloggers/vloggers ($900), housekeepers ($850), nannies or caretakers ($750) and artists/artisans ($625).

What is the impact for traditional employment?

“In terms of companies, it’s hard to say what the implications are for certain,” began Hope. “Companies that operate in the side-gig space – food delivery, virtual assistant, etc. – have a captive and interested audience and I think we will continue to see Canadians testing out these opportunities.” 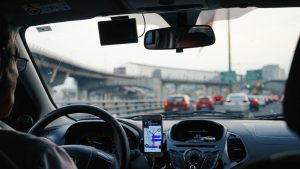 Hope added, “Think about how much ride-sharing changed everything – we are going to continue to see an increasingly diversified economy. Only time will tell how this will impact the overall economy, but side-gig just increasingly give Canadians more opportunities to explore their passions and make money while doing it, answer to your question.”

Autonomous Machines and Police Tech: RoboCops on the Beat