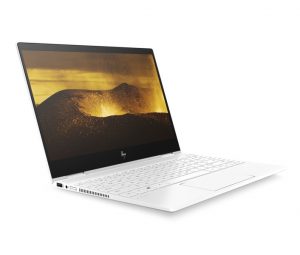 HP Inc. released its Webcam Security Survey results this summer to coincide with the release of its ENVY and ENVY 360, both designed with webcam kill switches.  The findings are interesting and left me wondering, do you cover up your webcam?

Out of the 3,000 individuals surveyed across North America by HP Inc., Gen Z reported to be most aware of hacking risks and are more likely to take steps towards protecting themselves. According to the study, Baby Boomers are less likely to take preventative measures to cover their webcam with, for example, 43 per cent of Baby Boomers have covered webcams to feel secure versus 71 per cent of Gen Z.

Based on the US results of the survey (1,000 of those surveyed), 8 in 10 consumers are aware privacy can be comprised via their laptop webcam, and more than 6 in 10 consumers are actually concerned that their privacy will be compromised. Less than half of consumers feel comfortable leaving their laptop open. Because of this discomfort, 3 in 4 respondents said if they were in view of their laptop’s webcam they would turn it off, cover it, or close their laptop to get out of view.

The issue of webcam hacking also varies by gender, with women feeling significantly more vulnerable (67 per cent of women vs. 59 per cent of men) concerning their privacy being comprised via their laptop webcam. Survey respondents shared that they had mostly heard about laptop webcam hacking through the news, online sources, movies/television and word of mouth, but that just less than 10 per cent had either first or second hand experience with someone who was hacked.

Nonetheless, worrying about webcams doesn’t always lead to action, particularly with older generations. While all generations are equally worried about their privacy being compromised, for example, older laptop owners are less likely to take preventative measures by covering their webcam.

With limited options available, people are covering their laptop webcams with scrappy solutions, such as tape (41 per cent), sticky notes (31 per cent), something random found at the moment (12 per cent), even gum (1 per cent).

So, do you cover up your webcam? Answer our Webcam Security Poll.