Success in the global food and grocery industry must be data led, a new industry report concludes, and new digital technologies should continue to roll-out in the grocery ecosystem if retailers want to boost revenues and remain competitive. 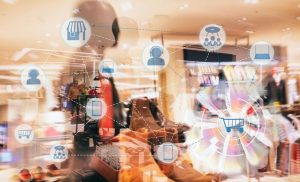 Success in the global food and grocery industry must be data led, a new industry report concludes, and new digital technologies should continue to roll-out in the grocery ecosystem if retailers want to boost revenues and remain competitive.

Sophisticated data analysis, product scanning and facial recognition, self-or automated checkout, points-driven purchase programs and more will be the techno-differentiators that set one grocery store apart from another, one global grocery supply chain from another.

The use of technology is already separating the wheat from the chaff, so to speak: those companies leading the way in tech usage are getting a two-to-five per cent increase in earnings over slower moving adopters.

And while some companies seek to digitize their supply chain and back-end operations, the more successful retailers are digitizing their customers.

Personalized loyalty programs, AI-enabled shopping habit analysis, customized recommendation engines and more are among the digital tools found on the shelves of leading grocery retailers, all designed to get customers to buy more.

Even though the global food and grocery sector has great growth potential (the top 20 grocery markets are expected to generate some $1.9 trillion USD by 2023), but industry analysts still warn that retailers are leaving money on the table if they do not embrace new digital technologies.

(Despite the popularity of online shopping, even for fresh food, it is still a bricks-and-mortar world: e-commerce sales in 2019 accounted for only about 10 per cent of all retail sales, according to data from the U.S. Census Bureau.)

So there’s a significant amount of untapped revenue in grocery, conclude the industry analysts and authors behind The Future of Retail Revenues Must Be Data Led, a November 2019 commissioned study conducted by Forrester Consulting and released by dunnhumby, the global data science and analysis firm.

“We commissioned this study to better understand why so many retailers aren’t taking advantage of new revenue streams,” said David Clements, Global Retail Director at dunnhumby. While improving the shopping experience for their customers is important, Clements added “[w]e believe the study findings highlight the growing importance of the role of customer data in attaining sustainable growth.”

Increased sales in the sector will be driven by investment in modern and innovative platforms that encourage a higher spend per head, the report says, by tracking, monitoring or triggering consumers’ spending and consumption habits. 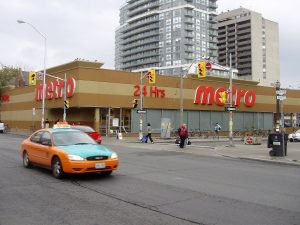 Many Metro stores already have self-checkouts and they also have electronic shelf labelling systems that don’t require price tags to be updated manually. The company is installing the technology as a way to improve the customer experience, a spokesperson said, and to help manage labour costs. The Montreal-based company earned $167.4 million for the period ending September 28, up from $145 million in the previous year. A Metro supermarket in Toronto pictured. Public Domain Wikimedia image by GTD Aquitaine. Created: 24 October 2008.

Retailers that successfully utilize data insights are reaping tangible benefits, dunnhumby says, with 61 per cent noting an improvement in the customer experience and a more telling 56 per cent seeing growth in existing revenues and revenue streams.

Fully automatic so-called smart retail stores to which pre-approved customers may enter with approval from facial recognition systems and then leave with their purchases automatically tacked onto their charge card accounts are rolling out internationally.

But are they just a playpen for the big boys?

Buying food is one of the only real consumer necessities and so while the global market is necessarily a huge one, it is dominated by a few leading conglomerates: Walmart’s stated in-store net sales passed $500 billion this year; number two Costco sold just over $150 billion in its stores.

And Amazon.com is prepping the techno-ingredients for its planned chain of Amazon Go supermarkets, its cashierless shopping vision that uses a comprehensive set of video cameras and software algorithms that can see what an in-store shopper has picked up and then charge them automatically for their purchase.

Even as it is now testing the Go technology in a 10,400-square-foot retail grocery store in Seattle, Amazon Go’s Physical Retail Technologies group is checking out how it can licence the technology to other retailers.

That’s partly due to the fact that, according to dunnhumby’s industry research, 85 per cent of grocery retailers do not have the capabilities, technology, people or processes to use digital insights to drive customer experience and monetize the data those customers leave behind. 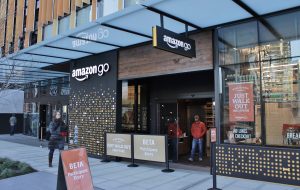 Most grocers are not capitalizing on the revenue potential of customer data and in-store/online media channels, dunnhumby describes. Fifty-three per cent of grocery retailers do use customer data, such as from loyalty programs, to make decisions about customers. But less than half use other data sources, like social media, point-of-sale purchases, mobile apps and customer location data, as well as the user’s web metric/click stream data (all less than fifty per cent).

Grocers that have not deployed cutting-edge technology—including digital media tools, advanced analytics and artificial intelligence, robotics and devices connected to the Internet of Things (IoT)—as quickly and aggressively as their competitors have are not only missing out on potential sales increases, they are missing out on potential money-saving operational solutions.

Industry benchmarks show that staffing all those checkout registers represents about a third of store labour costs. Unstaffed stores are a cash cow in that sense, and it is clear that convenience, retail and grocery outlets want a piece of that action (disruptive though it may be).

In no way does it add up in the same way financially, but the costs of printing out grocery receipts are more than monetary, say some researchers. Handling glossy receipts and other thermal paper used in a retail outlet can expose customers and cashiers to harmful bisphenols (such as BPA or BPS), says research by Environmental Defence Canada. The group is urging grocery companies in Canada such as Loblaw, Metro, Sobeys and Walmart to stop using the chemically-treated purchase documentation.

While both advantages and disadvantages may lay in wait as more technological solutions are deployed in more market sectors, the fact that technology will be used to put a true necessity like food into the same shopping basket as less life-crucial consumer goods (oh, say, like digital doorbells or streaming digital media) is a real concern for health care epidemiologists.

They say the idea that digital tools can be used to trigger “a higher spend per head” is not necessarily a good idea in the context of a global obesity epidemic. 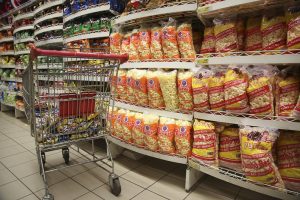 Impulse buying has long been known as a purchase trigger technique, but today’s digital technologies make the process much more ubiquitous and much less time- or place-sensitive.

Candy at the Cash Register — A Risk Factor for Obesity and Chronic Disease describes a grocery shopping environment in which we think our food choices are conscious, deliberate and guided by actual need, but they are in they triggered by planned placement, strategic cross-promotion and now, technological innovation.

What’s more, our modernized agri-food system prioritizes staple production on a massive, global scale rather than fruit and vegetable cultivation on a local or seasonal basis, the report itemizes. The industry benefits from carefully managed global marketing and distribution systems which bring the greatest returns and allow it to prioritize financial rewards for investors.

A techno-enabled food system also contributes up to one third of all man-made greenhouse gas emissions, and it can result in rapid deforestation, soil degradation and a real loss of biodiversity.

So while new digital technologies continue to roll-out in the grocery ecosystem as retailers seek to boost revenues and remain competitive, shoppers – that’s us – may wish to reconsider how real “success” is defined in the global food and grocery industry. 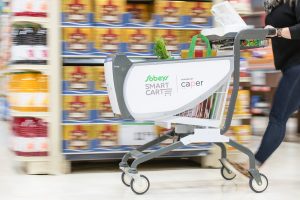