One of the more interesting bets you could place, once single event wagering becomes legal in Canada, would be along the lines of “I’ll bet you a million that gaming generates billions in revenue.”

No matter the amount, the winning wager is surely: iGaming (Internet gaming) is coming to Canada, most likely this year.

Changes now being made to the federal criminal code and to provincial regulation mean provinces and territories will be able to regulate and license single-event sports betting, opening up the consumer marketplace to legalized sports wagering in almost any shape, scheme, plan, proposal, means, device, contrivance or operational context imaginable.

And while you could bet on when this all comes to pass, most are saying that (absent a specific legislative timetable) fall 2021 – coincidentally, the start of the NFL season – makes good business sense as a target date. 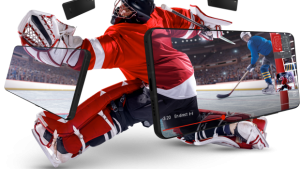 (Word just this week of a new hundred billion dollar TV and online video streaming deal between the National Football League and major media partners adds to the anticipation. Couple that with, say, sports specialty service TSN’s recent announcement that it is opening up interactive 5G-based sportscasts to its mobile customers and, well, all bets are covered.)

Even at the best of times, betting on sports is seen to open up a lucrative new revenue stream for businesses, franchises, licence-holders and more. But in the midst of a painful economic slowdown caused by the coronavirus pandemic, new income from sports wagering is even more welcome for any government. The public purse will be refilled, they hope, through gambling taxation, licence fees or shared operational revenue. 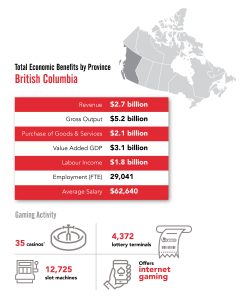 Various reports show the popularity and value of Internet gaming and sports wagering, stating that some 76 per cent of Canadian adults are playing at form of sports gambling already.

CasinoCanada.com estimates that 76 per cent of Canadian adults engage in some form of gambling annually and it has been estimated that Canadian gamblers send roughly $4.5 billion (CDN) to offshore esports books, a figure many believe is too low.

No matter the dollar figures, interactive gaming and sports betting technology companies are eagerly watching as other key numbers, like those on Canadian legislation like Bills C-218 and C-13, are punted forward in order to legalize single-event sports betting in Canada.

Bill C-218 would decriminalize new forms of sports gambling in Canada and Bill C-13 will amend the country’s Criminal Code.

“Although there are a number of steps to be cleared before laws are enacted and an active open market can develop, this vote is another significant step towards being able to offer a safe and regulated product to the millions of sports and esports fans in Canada,” explained Mike Ciavarella, Executive Chairman at Elys Game Technology.

“Regulation allows the government to open up the market and secure some industry jobs for Canadians,” he added, “as well as provide competitive wagering for Canadian players across the country.”

While this legislative process develops in Canada, Elys expects to continue to play an important role in assisting current Canadian operators and businesses to prepare igaming and sports betting offerings.

That is because the exact nature of Internet gaming in Ontario is open for discussion, even as the legislative process rolls forward.

Early this month, the province released a discussion paper outlining early stage ideas about how the sports betting market will be structured, and it is calling for public input on how to establish and regulate an open Internet gaming environment. Written responses to the discussion paper are due by April 16, 2021.

The industry itself is looking for such guidance, be it from the public, sports rights-holders, or from multiple layers of government.

The “development in the House of Commons, focusing on the legalization of single event sports betting in Canada, is a significant step forward in the process to amend an outdated law,” said theScore’s CEO John Levy when Bill 218 passed. “The positive outcome of t[he] vote demonstrates the continuing momentum and strong cross-party support for this issue.” 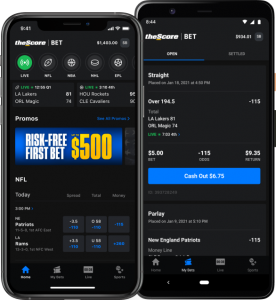 theScore Bet mobile sports betting app offers pre-game and in-play betting across all major sports leagues and events; developed in Canada, it is ‘at play’ only in certain jurisdictions in the U.S. Score Media image.

“We expect that the legalization of single event sports betting will facilitate the introduction by provinces and territories of a much-needed modernized sports betting framework in their respective jurisdictions,” Levy continued, “that can include important consumer protections and the ability to generate new revenue streams for provincial and territorial governments.”

Interestingly, Ontario seems to be betting that, instead of collecting revenue by specifically taxing igaming operations, it will do better by entering into commercial agreements with private operators. That kind of deal would enable the private operators to offer their games directly to consumers in exchange for a cut of the revenue to goverment. Which entities would share in the collected consumer data from such gaming activities has yet to be determined, but it is clear that can be a valuable aspect of the gambling business model.

The exact method and rates of revenue sharing have not been set either. The province is seeking feedback on whether a single rate should be applied across all gaming products, or whether different products should be subject to varying rates, dependent on “profit margins, elasticity of demand, and future market potential.”

Notably, the discussion paper sets out that there is no anticipated cap on the number of registered igaming operators.

So maybe we can place a bet on that number, too.