Last summer, I highlighted six new premium smartphones that had recently hit the market, including models from Samsung, TCL, LG, Huawei, and Apple. Since then, most major phone manufacturers have released follow-up flagship devices. But, as per usual, Samsung and Apple lead the pack.

According to statcounter, in 2020, Apple accounted for more than half (52.9%) of smartphone market share in Canada, followed by Samsung with just over 28%. The next closest competitor was Huawei at just 6.86% followed by Google at 2.87%, LG at 2.77%, and Motorola at 1.41%. Counterport reported last summer that one in every two smartphones sold in Canada was an Apple iPhone.

Indeed, both Samsung and Apple have launched stellar new devices since the summer of 2020, and these dominate the list of the newest premium phones. But Google has a viable competitor that boasts premium features at a not-so-premium price, and another brand might be creeping up with some worthwhile options.

In January at its annual Unpacked event, Samsung revealed three new flagship devices, all premium models designed for discerning users, including the S21 and S21+. 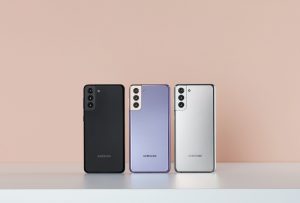 The Galaxy S21 has a 6.2″ screen while the S21+ has a larger 6.7″ display along with a bigger and thus longer-lasting battery. Available in a range of colour options, they boast edge-to-edge Dynamic AMOLED 2X Infinity-O displays with Eye Comfort Shield, an AI-powered triple lens pro-grade camera that can record up to 8K video footage, and the most advanced smartphone chipset seen in a Galaxy device yet, affording both greater speed and better energy efficiency. The S21 starts at $1,130 in Canada and the S21+ starts at $1,400.

As the flagship model in the new line, the S21 Ultra has a massive 6.8″ Dynamic AMOLED 2X display that combines both 120Hz refresh rate and a Quad HD+ display so the refresh rate intelligently adjusts to the content you’re watching, affording you get the best viewing experience possible while also preserving battery life. With improvements all-around over the previous-generation S20, including a 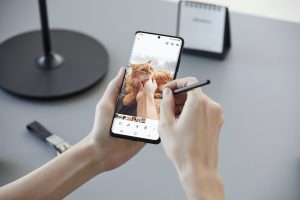 brighter screen, better contrast, and more immersive images in outdoor light, it also has Eye Comfort Shield to help reduce eye fatigue. The built-in, pro-grade camera can take up to 4K videos at 60 frames-per-second as well as 12-bit RAW images. As one of the first smartphones to support Wi-Fi 6E, this, combined with 5G connectivity, provides a smooth, seamless streaming experience. It starts at $1,650.

Samsung has a deal running through to March 3, 2021 that will see Canadians receive a credit of up to $300 along with the value of their trade-in device when they buy a new Galaxy S21 Series 5G phone, including the S21, S21+, and S21 Ultra, at a participating Samsung Experience Store in Canada, or online at http://www.samsung.com/ca. 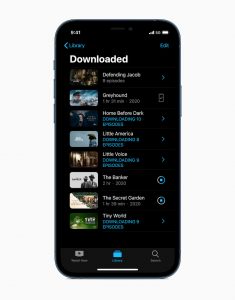 Apple’s 12 Pro and 12 Pro Max, introduced at the company’s annual event in October 2020, came alongside the less-premium but also pretty high end iPhone 12 and iPhone 12 mini. What sets these two particular phones apart as the most premium in the line-up, however, include features like the edge-to-edge Super Retina XDR display, Ceramic Shield front cover, and Apple A14 Bionic chip. Both phones, which are 5G devices, include Apple ProRAW for additional creative control with captured images, along with Dolby Vision, ultra-wide and telephoto camera. They also include a LiDAR scanner for AR experiences and employ MagSafe wireless charging, which means they will work with a whole new selection of accessories. Both come in stainless steel and four colour options, the 12 Pro with a 6.1″ OLED screen and the 12 Pro Max with a 6.7″ OLED display. The iPhone 12 Pro starts at $1,399 and the 12 Pro Max at $1,549. 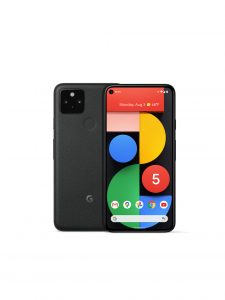 While Apple and Samsung rule the roost, don’t count other brands out just yet, including Google, which has been introducing its own line of branded Android-based phones under the Pixel name since 2016. The latest edition, the Pixel 5, is just $799 which technically puts it in the mid-range phone category. But the device impresses enough to hold up against the top players. Along with a bezel-less edge-to-edge display and 6″ FHD+ Flexible OLED display, it offers wireless and reverse charging, an ultra-wide lens with Live HDR+ and a variety of useful modes. The back housing enclosure is made from 100% recycled aluminum so you can feel good about the purchase, too. 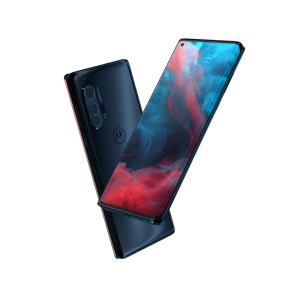 Looking for a viable alternative to the usual suspects? The Android-based Motorola edge+ was introduced in May 2020 and remains one of the brand’s most premium devices. Selling for $1,500, it offers everything you’d expect in a high-end phone, including fast speeds, a high-resolution camera, loud audio, and a bright and bold display. Along with the 108MP triple camera system that can capture 6K video, the phone features 5G speeds, a Qualcomm Snapdragon 865 mobile processor, and a generous 6.7″ Endless Edge display with HDR10+ and 90Hz refresh rate along with stereo speakers. The monstrous 5,000mAh battery also affords up to two days of battery life per charge so it can keep up with your busy life.

Torontonians to ConnectTO as City Gets Own Internet Service