Commit, a professional network for engineers who want to work at start-ups, has shared its 2021 State of Software Developer Careers in Canada Report. The report surveyed 508 software engineers across Canada.

The report, conducted by Commit and Angus Reid Group, revealed factors that influence software developers’ career decisions as well as workplace benefits companies should prioritize when looking to hire and retain developers.

Curious to know if women shared a unique perspective about their needs as software engineers, I asked Greg Gunn, Commit CEO and Co-Founder to comment. Gunn replied, “Female software developers were surveyed; however, the survey did not enquire about the attitudes of women software engineers.” 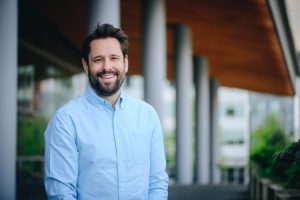 I also asked Gunn about the compensation packages offered to Canadian software developers compared with their counterparts in the U.S.

“As stated in the report,” Gunn added, “What this data also shows us is that there’s ample opportunity for organizations across the country to standardize developer salary bands so that we’re creating a more competitive ecosystem overall.”

Gunn added, “Whereas in the U.S., various reports and companies have shared that some of the most common benefits you’ll encounter as a software engineer in the U.S. include stock options, [free] food/snacks, travel assistance and retirement plan matching schemes.”

Leading the Future of Work

It is not surprising to learn that software development is ideally suited to remote working.

Gunn commented, “Developers will lead the shift to remote-first work because this group is already known to thrive at working remotely.”

“During the pandemic, business executives caught up to what software developers have known all along: You don’t have to work side by side with your co-workers to be your most productive or deliver your best work. At least not full time,” stated Gunn.

Gunn shared, “In 2020, GitHub put out a report that showed that developer productivity was maintained, and had even slightly increased, compared to pre-COVID days.”

“Developers will lead this shift because their jobs have proven to function well while remote, and this shift will bleed into other skill sets and jobs,” said Gunn.

Gunn added, “This data represents a software developers’ preference and comfort with remote work. For example, 92% of software developers said that they considered working remotely to be an essential or important benefit. In fact, 83% are likely to seek out new opportunities if remote work is not offered.”

Commit was founded in 2019 by software developers and is a first-of-its-kind remote community to support the career and community needs of engineers who are passionate about building early-stage software.

6 Product Categories Poised to be Hot Sellers This Holiday Season