The former president of Microsoft Canada is among those warning about the dangers of Wi-Fi and electromagnetic radiation exposure, and he’s heading up initiatives to find safe alternatives to current wireless uses.

Frank Clegg, a leader on the Canadian technology scene for many years, says he supports those parents and concerned individuals who object to wireless Internet in schools. 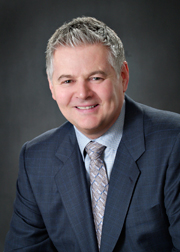 Former Microsoft Canada President Frank Clegg is actively involved with raising awareness about threats to children and health, particularly those posed by wireless technology or online activity. Photo from KINSA.

“This is a real hazard and we shouldn’t wait for the government to catch up to the technology,” said Clegg, who was head of Microsoft Canada for nearly 15 years and now leads a national organization called Citizens 4 Safe Technology (C4ST). “We should exercise caution, especially with children.”

Still generating heated arguments on both sides, exposure to electromagnetic radiation (generated by cellphones, smartphones, tablets and other wireless gadgets, as well as the towers, routers and meters that are part of the wireless Internet infrastructure) is seen by some as too low level, too short duration, too far a distance, to be of any significant medical concern.

Others maintain that causal links can be found between electro-magnetic radiation exposure and ill health, and treatment is now available at some hospitals for EMS, electro-magnetic hyper-sensitivity,  an umbrella term used for medical issues related to cell phone use, wireless radiation and other related concepts.

Even a slight suspicion of such a connection should warrant a slower, more cautious approach to the use of wireless devices, groups like C4ST maintain, and especially any new installations of wireless transmitters in public spaces like schools or hospitals.

Clegg’s run as president of Microsoft Canada ended in late 2005, a successful term in which the company grew from less than 100 hundred employees to over 700, while increasing revenue from about $50 million to more than $1 billion in sales.

His engagement with the tech community did not end, however, and following successful charges at both real estate and investment, he began dedicating much of his time to issues of tech safety and security: he worked with the Canadian charity KINSA, the Kids’ Internet Safety Alliance, fighting against the online exploitation of children.

Now, with C4ST, he’s working with a volunteer-based group of concerned citizens and researchers who want to work with industry and government to raise awareness about EMR and more closely integrate such information with public policy.

One way to raise awareness about wireless transmissions is to measure them.

That’s the take at the Microwave Vision Group, a tech manufacturer that is showing its personal EMF monitoring device, the EME Spy 140, at various industry events and trade shows. 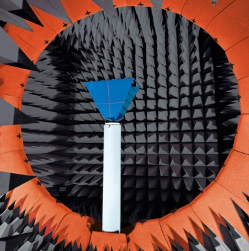 The company says it’s responding to rising public concerns about the health risk that can arise from the exposure to more than a dozen commonly-used radio frequencies like GSM, Wi-Fi, LTE and others.

The device not only measures EMR, of course, it uses it: there’s a new Bluetooth feature in the EME Spy 140 Real Time Kit that displays measurements in real-time, on an Android smartphone.

Wireless gadget users may also be afforded protection against electro-magnetic radiation with a new product that’s said to absorb such radiation, without interfering with the device’s operation.

The Bodywell chip is a patent pending device about the size of a memory card; it sticks onto the back of a cellphone or wireless device. The chip contains metal and mineral imprints that the manufacturer says lowers the specific absorption rate of radio waves into the body.

In tests conducted at a U.S. government agency lab, the chip has been shown to reduce SAR (aka specific absorption rate, a figure often cited by handset manufacturers when the number is low, while used by tech critics when the number is seen as dangerously high) levels by up to 80 percent, without reducing the phone’s reception, said Dr. Nachaat Mazeh, a research associate at Beaumont Health System in Michigan and a presenter at a symposium sponsored by the chip’s manufacturer EZ Technologies.

To Dell and Back: After 25 years, PC pioneer looking to go private via buyout