The emergence of the Splinternet is becoming increasingly evident. In 2011, the increasing divide of the Internet will continue to propagate with the help of the technology giants like Apple, Facebook , and Google – making it increasingly difficult for developers to create a unified experience for consumers. 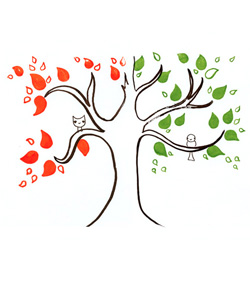 Splinternet division will continue in 2011

What’s even more disturbing is the new technology standards dictated by these big players severely stifle the development of established technologies like Adobe Flash (given the rise of Apple’s HTML5), clearing the way for the big players to establish a monopoly on the entire customer experience. Not surprisingly, only the larger players have the resources and deep pockets to properly compete as the Splinternet wall continues to build: Google’s purchase of AdMob now gives the latter some hope of competing with the new iAd. Some say Google’s attempt to combat Apple’s iPhone with the introduction of Android paved the way for Apple to take aim at Google’s main revenue driver.

Facebook, in its quest for world domination, is the very mirror of the Splinternet and continues to keep developers on their toes with continuous code modifications. Facebook has also been heavy-handed with marketers seeking to capitalize on the customized tabs. Only paid-advertisers experienced ‘relaxed’ rules for contest and promotions, which recently was revamped at the behest of advertisers. Also, while Facebook announced it would now index within Google, Facebook severely limited data access to the search engine.

So much for Open Source! The very view of collaboration and sharing obviously is limited in its scope and does not apply when control and revenue are impacted.

Now let’s take this one step further. Advertising standards and guidelines through organizations like the IAB (Interactive Advertising Bureau) ensure compliance within the advertising community, that “make Interactive media easier for advertisers and agencies to plan, buy, design, execute, track and evaluate”.

Social media is mainstay and Facebook is the largest player currently monetizing the medium. Yet, there are currently no standards for social media. Facebook has the largest market share in the display advertising market and has the lowest CPMs and yet no IAB standards have been formed to accommodate this trend.  Brad Clarkson, Digital Media Manager at Due North Communications explains, “Standardization came out of a need for advertisers to stop spending countless hours and production budget building ads in a multitude of different formats. It was a reactive result to a problem in the market, and required cooperation amongst key players. Since Facebook currently dominates the social media market, the standard really is whatever Facebook wants it to be. Until another real competitor is able to chip away at Facebook’s marketshare, the need for standardization won’t really present itself.”

There was a time when MSN and Yahoo! Owned the display market. I asked Jacqueline O’Sullivan, head of marketing, Microsoft Advertising whether display media should be threatened by social media ads? Will Facebook set the standard for lower CPMs? As Jacqueline noted, the low CPM levels in social have been garnered by higher impression levels not currently competitive among display providers.

Jacqueline states, “Actually, it is Microsoft Advertising’s view that it is crucial for advertisers to understand the relationship between paid, owned and earned media and the specific role that they each play. Take our recent Shoppers Journey research that looked at 19,000 consumers across 17 countries. It sought to define the structure of consumers’ paths to purchase and how different touch points play a role in shaping decisions as to where and what to purchase. Among research journeys in the Home Electronics category, we found that Bought media actually has a slightly heavier influence than Owned or Earned media when it comes to choosing brands or stores. Contrary to conventional wisdom, this study documents the value of Bought media advertising beyond the usual considerations of audience reach. “

O’Sullivan notes, “Social networks attract considerable attention among marketers because of the large audiences they draw and their perceived lower cost. Our study found that when it comes to influence it is actually personal 1:1 conversations via phones, email and instant messaging which are more heavily relied upon in purchase journeys than comments or reviews in social networks.”

Brad Clarkson agrees, “In terms of lower CPMs, while social media ads are at a much lower CPM, they tend to perform at a lower rate in terms of click-through. Many display CPMs have been experiencing decreases in price over the last couple of years, and with ad networks beginning to offer more robust products, they are also more of a threat to publishers because the opportunity to optimize on a network is greater. In the end, it comes down to objectives–If you are going after a specific audience or content environment, you typically are willing to pay a little more to ensure you are hitting that audience.”

Brad Clarkson notes the landscape is changing and it’s not just Facebook innovating.  “As the display marketplace is saturated with many comparable players, the need to differentiate has been mainly through technology. You can target more finitely than ever before. Google and AOL have introduced new display units in the market that can incorporate any number of functions including social media capabilities.”

He goes on to say that Say Media is bringing this kind of integration to the market with their offering, and that other suppliers will begin to move to these more dynamic, conversational type units out of the necessity to compete with social media.  He continues, “The lines between content and advertising are beginning to be more blurred with some suppliers. Networks are now bringing add-ons like site list disclosure and verification to their offering in order to counter concerns with questionable content. Even ad servers have become much more savvy, offering more advanced reporting capabilities than ever before.“

It clear that the Splinternet has not deterred the smaller players. And it’s created a comfort level that the future of digital ad standards will not be dictated by an established oligopoly. While this hiatus of ad guidelines has yet to evolve to include social media, it is clearly an opportunity for new and established ad providers to put a stake in the ground and influence the future of advertising. Because, as Clarkson notes, “It’s about survival of the fittest”. And if history repeats itself, he is absolutely right!

Tablets and smartphones steal the limelight at CES 2011