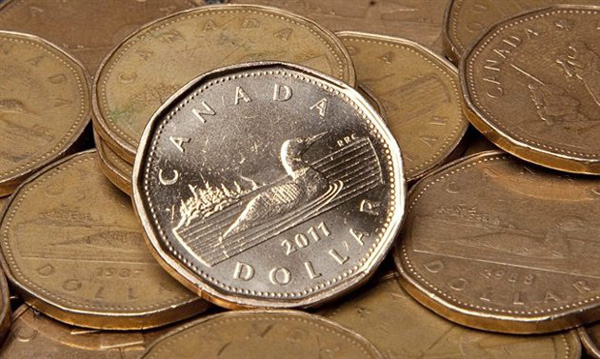 Whether it’s a big ticket subscription, like cable or satellite TV or Internet, or something lower-priced, like satellite radio, Netflix or a music streaming service, the dollars can add up, if you’re not careful. Early into 2013, when New Year’s resolutions are set, it might be a good time to assess if you’re getting what you pay for.

There are plenty of articles and blog posts talking about cord-cutting — as in cutting out a cable or satellite subscription completely — but what about the cost of the services delivered via the Internet? Consider for a moment if you are a subscriber to any of the services below and their upfront base cost.

These are just a bunch of high-profile services that are easy to recognize. Chances are, a number of you reading this may be a member of at least one or two of them, or have at least tried them out on a trial basis.

The disruptive nature of peer-to-peer (P2P) file-sharing in the form of Napster and Kazaa essentially enabled the later emergence of the streaming services we see above. SiriusXM is the only one that doesn’t require the Internet, but that may change as the satellite radio giant looks to carve out a more balanced identity for itself. The point is that content delivery is increasingly becoming IP-enabled, which in and of itself demands more bandwidth. More bandwidth means a need for a better router and a pricier package from your Internet service provider.

What’s equally obvious is that not all services are necessarily about entertainment. Dropbox and Office 365 are the two listed above, but others like, YouSendIt, iCloud and Adobe Creative Cloud, are just a few others in a growing array of options. The subscription costs can vary considerably, but when you add some of them up, there’s a significant monetary value that goes with them every month.

I pondered on this over the holidays, not because I was looking to shave costs (Full Disclosure: as a tech journalist, I’m fortunate to get free subscriptions to some of the services mentioned above for the purposes of my job), but more because I was wondering how to help others understand theirs. It was easy to find friends and acquaintances wondering the same thing. A married couple with no children who subscribe to Netflix and Rdio for home use, and SiriusXM for the car, pay an initial cost of $28.00 per month. If the Rdio subscription included their respective mobile devices (tablets and smartphones), then it’s another $5.00 per month. If the SiriusXM subscription was a “Premier” one, then that’s another $4.00 per month. Now, we’re up to $37.00 per month.

Though it’s hard to measure with simple figures, that cost should be addressed in tandem with monthly fees for both home Internet and mobile device subscriptions. If you’re paying over $60.00 a month for your smartphone’s plan, and are getting only 1GB of data, streaming Netflix on 3G or LTE is almost a non-starter. It would eat that up fairly quickly. Ditto if you have a home Internet plan that only gives you 20GB or so. Netflix eats up 1GB of bandwidth for each hour of programming on standard-definition, and at least 2GB per hour on HD streams. Want to watch a full season of Breaking Bad over the course of a week? You would take a huge chunk out of a 20GB monthly threshold. Paying over $50 per month for a larger home data bucket is a noticeable increase from paying half that.

I’ve been fortunate to use all of these services in one way or another as a full subscriber or on a lengthy trial, and though each has its pros and cons that I won’t get into, I understand the appeal they have in content, service and price. But then I couldn’t help but ask: is SiriusXM worth paying $15.99 or more per month if it’s primarily being played in the car? Has Netflix’s library improved enough to warrant the $7.99 per month? Does a PlayStation Plus or Xbox Live Gold subscription truly offer a lot more than just playing against other gamers online?

The answers depend on each user, but therein lies my point. All the talk of cord-cutting and “bang for the buck” leads to alternative delivery models. Some of those not mentioned here are certainly a shade of grey or outright illegal, but others, like the ones above, are meant to be both affordable and convenient. Value for money should always include a level of convenience to begin with, and that’s why the marketing behind the aforementioned providers talks about that openly.

I personally know of a few people who have Hulu Plus subscriptions with phony U.S. addresses, while others pay monthly for VPN services to access geo-blocked sites, like Hulu, Pandora and others. Geo-blocking has its own issues, but the fact is that consumers just want access to content on demand from anywhere, not necessarily to own it.

P2P sharing largely exploded because content was convenient to browse, free to download and easy to share with others. But the added incentive was that users were also rejecting retail price tags. The cost of CDs is one of the most blatant examples, so it’s no surprise MP3s took off the way they did. Apple legitimized the digital process through its iTunes Store, but music streaming services are arguably a far more economical option than paying $0.99 per track. If you can access music online and offline with Rdio, for example, then why bother buying tracks from iTunes or somewhere else? Rdio, Slacker, Sony’s Music Unlimited and others are missing certain artists, albums and songs in their respective catalogues, thus making it all the more enticing to find the missing content elsewhere for cheap or nothing at all.

The good that comes from all this is that it disrupts longstanding content creation and delivery even further. The added benefit is that assessing the value of your subscriptions isn’t hard to do, especially if you’re comparing them to what you may have been paying before, or how your needs have changed.

Kobo’s lineup of eReaders are meant for everyone and anyone

Ubuntu for phones brings the true desktop to mobile