It’s one of the biggest days of action, protest and remembrance ever held.

Today, Tuesday, February 11th is called The Day We Fight Back.

But chances are one day is not enough.

Today is just the latest in a series of online protests, beginning with that massive digital uprising against bills known as SOPA and PIPA (the U.S. laws were seen to have global implications). 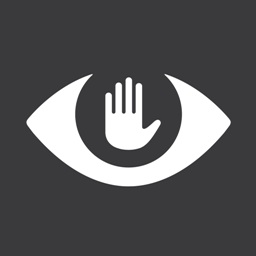 Stop Watching Us is a US based citizen’s lobby group that protests the use of illegal or unwarranted online surveillance techniques.

Principals of justice, equity and democracy may very well be at stake, but for some the threat is even more existential: surveillance programs damage user trust, stifle innovation, and risk a “balkanization of the Internet” said Chris Riley, a Senior Policy Engineer at Mozilla, one of the participants in today’s protest. Many of the ‘Net’s leading corporate citizens are concerned that a lack of trust in the Internet generally will lead to a lack of confidence in specific Internet products or services.

So, the never-ending stream of revelations about unwarranted Internet spying and unwanted Internet surveillance means that the fight is far from over; in fact, because the threat is worse than some first suspected.

“Today we face a different threat, one that undermines the Internet and the notion that any of us live in a genuinely free society,” say protect organizers. The threat is mass surveillance, and while it is clear state sponsored surveillance is a major threat to an open democratic society, so too, corporate connected surveillance, such that practised in mobile tracking and addressable advertising, for example.

In fact, corporate advertisers and government agencies are both “guilty in the online privacy war…guilty by association” says one industry participant, adding that both need to regain trust and work to “alleviate privacy concerns”. 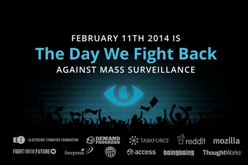 Organizers of The Day We Fight Back invite supporters to embed banners on their website, spread the word via social media, and to speak out online about privacy, security, safety and surveillance.

Organizers behind The Day We Fight Back report that more than 4,000 organizations and websites are supporting today’s action; tens of thousands of individuals are also committed to raising their voices in support of reform to the surveillance state.

OpenMedia is the Canadian group working against Internet censorship and surveillance, with campaigns like Protect Our Privacy and Stop Online Spying.

Now this latest protest has another, more sombre purpose: it comes a year or so after the death of Internet technologist and activist Aaron Swartz.

Swartz had a prominent role in the fight against SOPA, and was crucial to its success. He also faced serious charges of illegal online activity.

Swartz was arrested in January 2011 for downloading journal articles from an academic database; the articles were intended for open access, but were held behind a firewall: the database administrator did not press charges against Swartz; but as a result of government action, he faced up to 35 years in prison.

Organizers of The Day We Fight Back invite supporters to embed banners on their website, spread the word via social media, and to speak out online about privacy, security, safety and surveillance.

Participation in the protest is crucial, and at least according to one privacy expert, turning away is not an option:

“Our silence is unacceptable as we are now vulnerable to both indiscriminate data collection and warrantless surveillance,” Ontario Privacy Commissioner Dr. Ann Cavoukian has stated.

Samsung shooting for enterprise with new suite of pro tablets