Music streaming is set to be the biggest revenue stream for the music industry, which has seen a two-thirds decline in overall revenue from an all-time high 15 years ago. With that kind of profile, it seems only inevitable that cannibalization will knock down the overall number of players in the streaming business further this year. 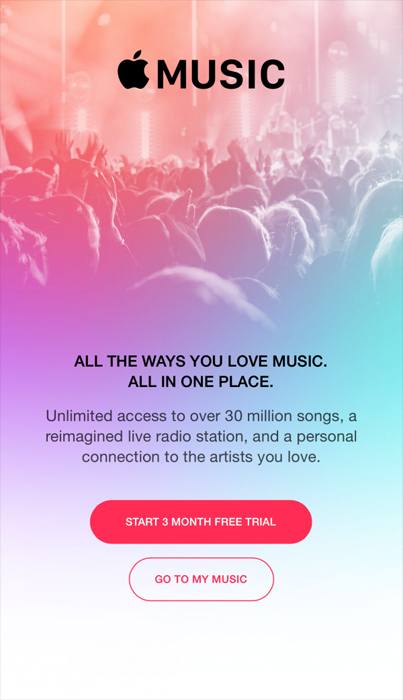 In 2105, Apple Music and Tidal were born, while Rdio and Songza folded into Pandora and Google Play Music, respectively. Sony had also put its Music Unlimited streaming service to rest, rejigging and rebranding it as PlayStation Music with Spotify providing the content. Xbox Music folded into the wider Groove service run by Microsoft across Windows. Grooveshark and Rara shut down entirely.

SOCAN, which manages music copyright in Canada, reported that streaming revenue increased a whopping 525% at $21.3 million compared to $3.4 million in 2013. This report was released in June 2015, so the numbers are incomplete because they don’t cover all of last year. Even so, the increase is substantial, yet seems like a small piece of the pie when slicing it out of the $299 million SOCAN reported in overall revenue for 2014.

Nevertheless, it’s a growing slice, especially considering that the bulk of that number is still derived from physical medium sales, chiefly CDs. Demographic data might indicate more trends within those numbers, but in any case, streaming is here to stay, but will have fewer options moving forward.

The reason why is simple, really. None of the streaming music services are currently profitable. And now that (primarily) Spotify and Rdio showed that a combination of an on-demand library and curated on-demand content was a solid mix, everyone else is essentially doing the same thing. That effectively makes many of the services feel the same. What does Deezer, Napster or Groove offer that Spotify, Apple Music or Google Play Music don’t? It’s a question that more and more consumers are likely to ask. Intuitiveness and a deep library certainly help, except brand power seems to be a powerful thing in this case.

In Canada, the playing field is a little less crowded. Pandora’s acquisition and eventual absorption of Rdio essentially took the latter out of the country because the former doesn’t operate here. Others, like Rhapsody, Amazon Prime Music and YouTube Red are a few that are still staying away. Qobuz, a French-based company that offers high-resolution audio like Tidal does, has only flirted with entering Canada. One exception is iHeartRadio, which announced its entry in January.

There are lesser known streaming apps and sites that aren’t necessarily on-demand with full albums and songs. Soundtracker, Jango, Slacker, 8tracks, Beatport and various others that either specialized by genre or focused on indie music. SoundCloud is a standout because of all the mixes and user-generated content that gives it its own character, leaving it somewhat impervious to the machinations going on with every other streaming app. 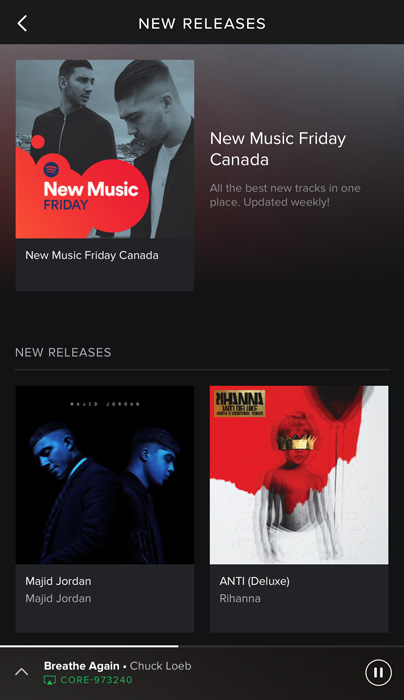 Even Tidal, backed by some of the music industry’s heaviest hitters, made some headlines recently by releasing star singer Rihanna’s new album Anti exclusively on its platform. The service’s original niche was high-res audio, but that seems to be an afterthought now as it seeks to gain a greater overall share of the market any way it can. It’s hard to argue against that strategy because the market still has so much more room to grow.

More choice would suggest it would be easier to do so, offering consumers varying options to jump on the bandwagon. The freemium model still employed by Spotify — basically offering the whole caboodle for free while interspersing playback with audio ads and removing the option to save music for offline playback — is wholly used as a carrot to lure in users in the hopes they would become subscribers. Once the right critical mass is met and the profits start rolling in, that seems almost sure to change. Apple is a good example. A long 90-day trial, sure, but no freebies to listen to otherwise.

Of the over 75 million active Spotify users worldwide, an estimated 25 million are paying customers. Apple Music has already passed 10 million paid subscribers a mere seven months after launching. A caveat few point out, however, is that auto-renew is enabled by default, so a paid subscription kicks in after the trial is up, potentially inflating Apple’s numbers. It’s not clear if the company counts a subscriber once the $10/month pay period kicks in, or when cancellations are subtracted.

Either way, there is obvious growth, and that looks to spell the end for others trying to muscle in as best they can for users’ listening pleasure. Acquisitions, mergers and shutdowns look to be the order of the day moving forward. Once the field is whittled down to a select few major players, the free tiers are likely to go away, too.

Beyond Google Cardboard: The Future of VR