As the power and influence in today’s media landscape continues its dance among publishers and distributors, advertisers and consumers, the far-reaching clout of social media platforms is indisputable.

Among them, Facebook is the dominant player. With its stated 1.7 billion users and its $7.01 billion in recently reported quarterly revenue, the influence it can exert over the operations and content of other media outlets is significant.

Perhaps no more so than when the social media giant announced last year its new strategies and algorithms to block ad blockers. Content sharing platforms like Facebook and others depend on delivering digital ads to the desktop, and particularly to the mobile, audience. Ad income makes up the bulk of the platform’s annual revenue – and profit. 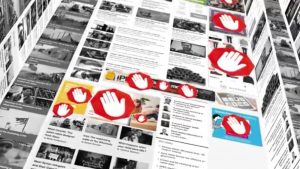 Social media platforms depend on other people’s content, making it available as easily as possible to as many people as possible and generating revenue by displaying ads to all those people.

Social media platforms also depend on other people’s content, making it available as easily as possible to as many people as possible and generating revenue by displaying ads to all those people.

Some people don’t really want to see those ads, for a number of reasons. The ads may be irrelevant to them. The ads can be irritating, shouting unexpectedly at the user from the bottom corner of the screen. The ads take up important real estate on the screen, and use up valuable bandwidth from a user’s account.

More maliciously, ads can infect a user’s computer. Embedded viruses, malware and malvertising have been identified in ads from even the largest, most popular and best-regarded sites, including Forbes, the New York Times and BBC, Yahoo, MSN and many more.

So, as many as two hundred million mobile Web users worldwide now use ad blockers to protect, defend or simply unburden themselves from online ads, according to reports from PageFair, a company that developers unblocking tools. 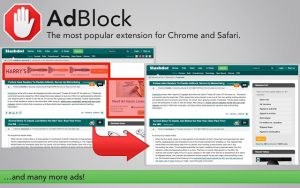 Facebook’s announced tech changes will make it much more difficult for ad-blocking tools to identify ad content in the first place, and the company is taking additional actions to shut down ad blockers on both its mobile apps and desktop domains.

In the Facebook example, those terms can be subject to its ongoing adjustment of tech specs and background algorithms that give preference and position to its own products (embedded links, videos, news, live streams) or perhaps those of a users’ closest friends and family.

The more friends that interact with the content (and the ads) means the content will appear higher in a user feed than direct publisher posts, and of course a bulk of the ad revenue will go to the distribution platform, not the content creator.

Be it the initial popularity of an ‘Instant News’ feed or a ‘Live’ social media videocast, Facebook’s size and scope is able to influence other media outlets on their decisions about ‘What makes news popular?’ and ‘How do we get our content shared or liked more often so as to benefit from additional ad exposure?’ 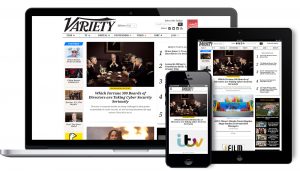 One way is to shape, filter and tag the content in order to meet the stated business goals and practices of the distributor. The stories being told must suit the ad-supported medium, and the content must fit the ad-defined container.

Publishers have become addicted to the extra traffic that powerful social media platforms can harness, but those publishers have dangerously tied their own success to the business model of another company.

Long-form material contextualized with in-depth research, even short-duration local or community news, can lose out in the race for quick hits and big numbers. Content that fits expectations and existing worldviews, regardless of its accuracy or precision, will be shared more often than content that challenges or undermines existing prejudices and preconceptions.

As social media platforms are pressured by the market to generate even more revenue from their users, and as the battle between ad blockers and ad blocker blockers continues, calls to give consumers more secure, open and transparent ways to control their online experience are being echoed by the need to require providers to put in place open and transparent ways of generating fair revenue and profit for the product or service they provide.

Some content providers and owners are putting in place open and transparent ways of generating fair revenue and profit for the product or service they provide. Wired offers ad free content for a reasonable fixed fee.

Where your cable bills may be headed in 2017