More than 6,000 Canadians participated in the first-ever SingularityU Canada Summit, yet it’s one Canadian medical student in particular whose life may be the most changed as a result.

The Canadian Summit is one of several global programs launched by Singularity University (SU), founded in 2008 by tech innovators Ray Kurzweil and Peter Diamandis with support from big organizations like Google, Deloitte and UNICEF.

Held at the Evergreen Brick Works in Toronto just over a week ago, and live-streamed to 42 communities across the country, the inaugural SUCan Summit helped build connections among tech community participants by staging a series of panel presentations, open discussions, product demos and networking events.

In the Summit spotlight were a number of Canadian technologies set to shake up – disrupt, as they say – the global energy, environment, healthcare, citizenship and financial sectors.

“In launching the SingularityU Canada Summit this year, we sought to capitalize on Canada’s opportunity to become a driver of impact and embrace the accelerating technological advances that are transforming our world,” said the event CEO, Oren Berkovich. “With our diversity and drive for innovation and impact, Canada is uniquely positioned to take on the world’s biggest challenges. We have the talent, the passion, and the skills to lead and it is time the world knew.” 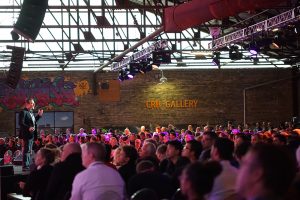 Peter H. Diamandis announced the 2017 XPRIZE will focus on Alzheimer’s with a research team led by Philip Edgcumbe, a UBC medical student.

Canadian Technology and Innovation in the Spotlight

Helping to spread the word about Canadian innovation and talent was entrepreneur, inventor and founder of the multi-million dollar XPRIZE, Peter H. Diamandis. Ever the tech and social optimist, Diamandis announced the 2017 XPRIZE will focus on Alzheimer’s and the research team will be led by Philip Edgcumbe, a UBC MD/PhD student.

As evidence of Canada’s ability to lead the world, Diamandis explained how Edgcumbe will lead various technologists and medical experts in tackling Alzheimer’s, a disease that affects more than 747,000 Canadians and millions more worldwide. The team is also eligible for continued support from Singularity through a 2018 XPRIZE global competition. 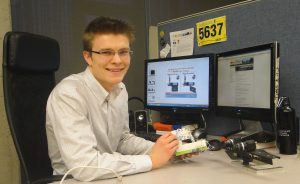 The XPRIZE has already committed $25 million to detect triggers marking the early onset of the disease, responsible for nearly two million deaths in 2015.

Based in Vancouver, Edgcumbe is a 2016 graduate of the Singularity University Global Solutions Program (GSP). His skill set combines expertise in medicine, biomedical research and entrepreneurship, and he’s already received prestigious honours for his work as a recipient of the 2017 Canadian Medical Hall of Fame (CMHF) Award.

The Summit also showcased advanced technologies from previous XPRIZE finalists such as Pond Technologies, an Ontario-based company with a new carbon capture system that can reduce or eliminate the greenhouse gas emissions so harmful to our environment.

Another early-stage Canadian tech company used the Summit as the coming-out party for a group of legally blind volunteers who were invaluable guides and wayfinders for Summit attendees. The blind guides wore technologically sophisticated glasses from eSight eyewear. eSight’s patented solution provides sight to individuals who live with a variety of visual impairments — without the need for surgery.

The lightweight headset houses a high-speed, high-definition camera capturing what the wearer is looking at and two OLED screens mounted inside the headset that display the scene. The latest version of the technology was unveiled at the 32nd CSUN Assistive Technology Conference in California earlier this year; it launched in Europe in June.

“eSight 3 is the culmination of over 10 years of research and development, led by the world’s largest, most knowledgeable lab in the world dedicated to eradicating vision loss through wearable technology,” said company CEO Dr. Brian Mech.

Another health care product demonstrated in the Summit combines the power of cloud computing with mobile connectivity to care for patients and increase the capacity of hospitals and clinics.

Cloud DX and the Sheridan College Centre for Mobile Innovation showed a suite of tools for measuring health and wellness, known as Cloud X Connected Health. The system provides patient monitoring, provider feedback and big data diagnostic capabilities; it was Canada’s entry in the Qualcomm Tricorder XPRIZE competition (and that’s yet another technological connection between our country and our future).

Tying Trees and Technologies Together

Surrounded by all that future tech, one particular product presentation at the Summit offered attendees a remarkable get-away: a multi-sensory VR experience set deep in a rainforest. Through the video headset, a rich and detailed 360-degree view of the Amazon rainforest is presented. Users can start their experience as a seed, then grow into a full-size tree, all while interacting with the forest ecosystem through haptic touch technologies, VR system handsets and a powerful backpack that drives additional immersive effects. 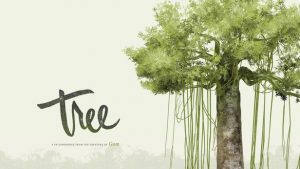 Produced by a New York-based digital media company known as the New Reality Co., the Tree VR experience had been presented at the Sundance and Tribeca Film Festivals prior to its taking root at the Singularity U Canada Summit in Toronto.

And that’s no arboreal coincidence: Toronto enjoys one of North America’s largest urban tree canopies, and the enjoyment is much more than subjective. According to a recent national study in Canada examining connections between urban greenness and human health, life in a big city that also has lots of greenness seems to reduce the risk of mortality from several common causes of death.

One assumes, of course, those are real green trees, not virtual ones; nevertheless, trees and technology are deeply connected and truly linked in very significant ways, and that is the topic for an upcoming WhatsYourTech.ca article, set to go live on October 30.

How to Safely Get Music Online