Investment in AI applications is giving Vancouver a boost with the creation of jobs and R&D in the city, I understand. Last month, Rogers Arena announced it would look to AI to detect weapons, and researchers are addressing how AI can be used to prevent wildfires.

With that in mind, I asked two technology leaders about the cautions and benefits of Vancouver’s growing AI scene: 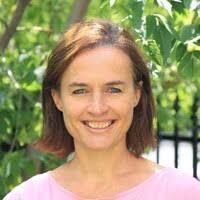 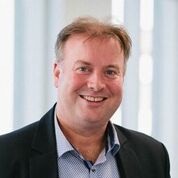 Kate Arthur, Founder and CEO of Kids Code Jeunesse, who last month launched its #Kids2030 initiative designed to educate 1 million children about the ethics and the how-to of AI by 2030.

Chris Hobbs, CEO of digital innovation studio TTT Studios, who debuted its facial recognition technology at BC Tech Summit in March, 2018, which can assess a person’s age and gender.

Kate Arthur: “We are exposed to AI everyday, whether we realize it or not. AI is being used in places like our smart home systems, our emails, and our streaming services. It’s learning from our online behaviours, compiling the data, and then impacting how websites and services recommend personalized content and products.”

“Although AI is improving a lot of systems for both companies and consumers, we need to be mindful of the future implications, … [and] to continuously educate the public on how AI is being used today

Q:  Describe some of the ethical concerns arising with the advancement of AI?

Kate Arthur: “The ethical concerns around the advancement of AI touch upon several different points, including bias, transparency, privacy, and accountability. Since all AI systems are designed by humans, a large ethical concern is around bias. The idea that a decision made by an AI system is automatically better or more fair than a decision made by a person is a misconception that must change. AI systems may not be properly trained if the data isn’t diverse enough.  Data and the diversity behind data is important.

An example of this would be facial recognition tools not recognizing different racial features, showing a lack of diversity in the field.”

Q: Are consumers aware of the power of AI and how their information may be used?

Kate Arthur: “Many adults have witnessed the exponential rise of AI in our lifetime, without necessarily being aware of it or how it works. Governments and corporations are implementing AI at a rapid pace, but many are not fully transparent to consumers on how personal data is being collected, used, and for what purpose. Importantly, kids have next to no understanding of AI, its ethical repercussions, its powers, or its limitations. They have never experienced a world without AI. That’s why it’s more important than ever that kids have a strong grasp of what it is and how it affects their lives in order to make sure they can be active and responsible participants in the future development of AI, and of technology at large.”

Chris Hobbs: “I doubt the majority of consumers have a clue how much AI is being leveraged in their daily lives already. To the majority it is just a buzzword. For example, Google photos and Facebook photos [are] free because it provides each respective company with a massive amount of content to leverage in order to improve their facial recognition models.

Chris Hobbs: “Facial recognition is finding new uses daily. We are currently working on a project called Amanda AI that is a virtual receptionist that utilizes facial recognition to determine if you are a guest in the office or not. If Amanda doesn’t recognize you it welcomes you to our office and asks who are you here to visit. The visitor’s photo is sent to the party he/she is visiting via slack saying they are here to see them. Meanwhile the visitor fills out our NDA and other necessary paperwork that our front desk receptionist would normally ask for. This frees up our receptionist from being tied to the desk.” 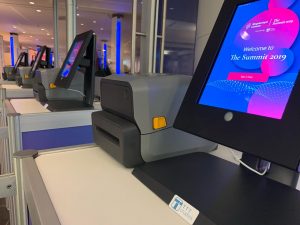 “We have recently used our facial recognition tech at the SingularityU conference in Edmonton. Typically registering for a conference takes about 1.5 minutes per participant as they line up to say their name to the volunteer who goes through the list of attendees, finds the name, prints out a badge and then hands it to them. In the app that we rolled out we cut the time down to 10 seconds per attendee. The interesting thing about the SingularityU event is that the majority of the attendees are the highest level of Canadian business elite. We were concerned that they would be hesitant to use the system from a privacy perspective but it was used universally with little hesitation.

Q: How is Vancouver supporting the growth of AI technology and applications?

Chris Hobbs: “The majority of the support we are seeing is from the universities right now. This is where the government is providing resources and training to push the science forward. We are a bit of a backwater though compared to Toronto and Montreal… and even more surprisingly Edmonton where the University of Alberta has a strong faculty focusing in AI.”

“There are some meet-up groups but I am surprised (disappointed) in how much support a technology such as Virtual Reality gets in Vancouver compared to something as important as AI. I suppose this is due to Vancouver’s strong foundation in video game development.”

Different Ways to Back Up Your Computer Data

Shielding Market Worth Billions, But These Smartphones Still Emit the Most Radiation