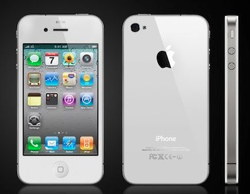 For once, it seems Canadians can be thankful that a hot tech product launch has been delayed because it seems we dodged a bullet. We’re talking about the iPhone 4, which is expected to be launched “in the coming weeks,” by Bell, Rogers, Telus and Virgin Mobile but which has also been caught in an unprecedented whirlwind of bad press and controversy in the US and europe.

Canadians have grown weary of  being excluded from day-one product launches, we usually get the cool stuff months (iPhone 3G, iPad) and sometimes years (Android phones, Zune, Kindle) after they have been released in the US. Adding insult to injury, the products sold here are crippled or often have fewer features than their US counterparts even if they almost always cost more.

This has mostly been the case with  a number of smartphones that have had Wi-Fi reception or Bluetooth and GPS capabilities stripped out before being sold in Canada. No one know why.

Apple launched the iPhone 4 on June 24th to a number of countries that weren’t Canada and until now expectations are high for this device even if no firm announcement has been made of its actual launch date or retail price. The benefit to Canadians is that while we have to wait, we’re not part of the early adopters who are discovering some perceived or real issues with the iPhone 4.

Maybe we’ll get a better one

The good news is that we can hope the iPhone 4 models that are released in Canada, whenever that day comes, would have improved reception by way of updated software and hopefully a tougher glass case. We can only hope that the kinks have been ironed out by the time we get to see the device hit our stores where long lines are almost certain to form as the frenzy for the iPhone heats up.

The iPhone 4, a completely redesigned smartphone from Apple, is really the first giant redux of the successful and iconic smartphone. Despite sharing the name and pedigree of its predecessors, iPhone 4 is a brand-new product.

Aside from a redesigned hardened glass enclosure, a stunning high resolution screen, the dual cameras and the gyroscope, iPhone 4 also has a spanking new processor and and it wears its antennas on the steel rim that surrounds the device’s corners.

Every new product has the potential for bugs and glitches but when that product is a high-profile $500 item that sells 1.7 million units in three days, these bugs and glitches become incredibly amplified even if they only affect a small number of users.

Unfortunately for the iPhone 4, the reported problems were perceived as serious ones that impacted how people use their smartphones. That’s a slick looking phone you got there but can it make and receive calls?

Glass enclosures and the grip of death

One complaint was that the new glass enclosure was not as rugged as the plastic or aluminum backing that framed earlier iPhones. Has this enclosure been hardened to a point that it has become brittle? Its hard to tell.

Sordid photos of cracked and shattered iPhone 4s began appearing online days after the device’s successful launch. It became brutally apparent that the svelte new iPhone would require a case to protect it from the knocks and drops of everyday life and Apple even released their own case for it, something they have never done before.

Our advice is that if you are getting an iPhone 4, get a good case. Some clever folks have even saved the $30 for the Apple bumper cases and have used the item below to forge a neat protector. Seriously, it works. 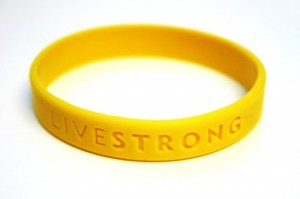 A bigger issue, and one that Apple has addressed via a press release, pertains to poor reception due to the placement of the antenna around the phone’s steel rim. It is clear that holding the phone in certain ways shorts out the receptions making it difficult to make or maintain phone calls and visibly reducing the bars on the screen that display signal strength. Pundits have even named this the iPhone Grip of Death. Certainly, this is a known issue with many phones that have internal antennas so its nothing new to the industry.

Part of Apple’s response to this is below:

“Upon investigation, we were stunned to find that the formula we use to calculate how many bars of signal strength to display is totally wrong. Our formula, in many instances, mistakenly displays 2 more bars than it should for a given signal strength. For example, we sometimes display 4 bars when we should be displaying as few as 2 bars. Users observing a drop of several bars when they grip their iPhone in a certain way are most likely in an area with very weak signal strength, but they don’t know it because we are erroneously displaying 4 or 5 bars. Their big drop in bars is because their high bars were never real in the first place.”

So, since the very first generation iPhone (launched 2007) these devices have been reporting and displaying inaccurate reception and signal strength readings. If this is true then the phone’s reception or conversely, the cellular provider’s signal, has been much weaker than we’ve thought all along!

Apple adds, “We will issue a free software update within a few weeks that incorporates the corrected formula. Since this mistake has been present since the original iPhone, this software update will also be available for the iPhone 3GS and iPhone 3G.

We have gone back to our labs and retested everything, and the results are the same— the iPhone 4’s wireless performance is the best we have ever shipped. For the vast majority of users who have not been troubled by this issue, this software update will only make your bars more accurate. For those who have had concerns, we apologize for any anxiety we may have caused.”

A Remedy but not a fix

So they are aware of the problem and are looking to remedy it with a software update. This software update will change the way information is displayed, it will not improve reception or fix the Grip of Death issues which will likely be better addressed by using a case around the affected area or redesigning the phone completely, which will not happen.

It’s a lot for consumers to take in and we can’t blame people for feeling uneasy at the prospect of getting the iPhone 4. We can’t make recommendations on products we haven’t experienced firsthand ourselves and we’ve not had time with iPhone 4. It would be foolish not to consider what’s been happening to the early iPhones before making a buying decision.

Personally, we find ourselves with the dilemma of really desiring the new product and its features while dreading the risk of disappointment should any of these very palpable issues affect us. Do we hold on to our iPhone 3GS for another year and wait  for iPhone 4 revision two where everything should be working as expected?

Whatever the case, it will be very interesting to see how this gets resolved and more importantly, how Apple handles itself in the face of criticism and doubt. Big league company has to come up with big league solutions.

As for the iPhone 4, it is already a great success, its the best selling iPhone ever and while it brings ample innovation a stunning array of gee-whiz features and a fresh coat of slick, all first generation devices have growing pains and  often require retooling.

The question is, are  Canadian early  adopters ready to take the good with the bad when paying the price of admission to the exclusive and controversial iPhone 4 club?