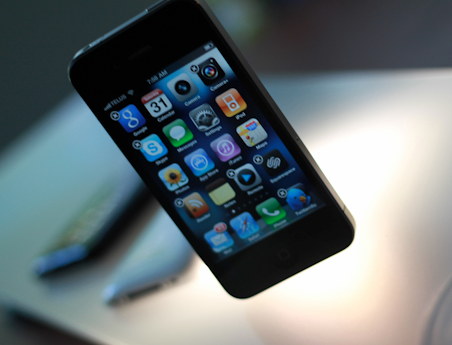 Text and photos by Gadjo Cardenas Sevilla
More coverage:
iPhone 4 comes to Canada on July 30, bumper included
Will Canada get a better iPhone 4?
iPhone 4: What you need to know
iPhone 4 launches, comes to Canada in July
Here are our initial impressions of the iPhone 4 which started selling in Canada last week. We’ve had most of the weekend to get acquainted with the  fourth iPhone, discuss fit and finish, compare it to the iPhone 3GS, test out its major features and have some surprising findings about the external antenna and the retina display.
The iPhone 4, which is available from Apple (online and retail), Bell, Telus, Rogers and Virgin Mobile (provided you can still get one, as they are out of stock in most places) is clearly a product that’s has had a tremendous amount of planning, design and creativity behind it.  Models sold directly by Apple were unlocked so pop in a live MicroSIM and you’re good to go. 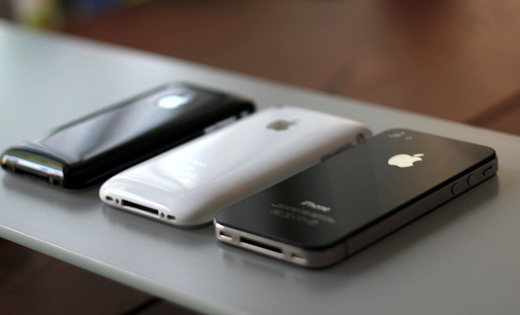 Generation Next: The iPhone 4 next to the iPhone 3GS and the 3G

If gadgets were ever to become heirloom pieces, the iPhone 4 would be a good place to start. It has more in common with designer jewellery that it does with disposable personal electronics. It has been machined with a level of precision and detail one would see in a Cartier watch or an expensive fountain pen. It is a statement product that raises the bar, pushes the envelope and makes most competing devices look dowdy, awkward and cheap.

Yes, the iPhone is crazy expensive ($659 for a 16GB model and $780 for the 32GB), but it does feel like a substantially high-end product and not just a faddish plaything.

Still, you can’t help but feel that the iPhone 4 is a delicate device. While it looks best unencumbered by bumpers or cases, you realize that it could be scratched or nicked in the rough and tumble order of everyday use. That’s why, the prospect of having to wrap it in a bulky case is so distasteful.

Next to the iPhone 4, its competent and reliable predecessor, the iPhone 3GS, seems simply bulbous and toylike. The new hardened aluminosilicate glass (AKA Gorilla Glass) covers the front and back of the device and is finished with an oleophobic coating that resists smudges and fingerprints better than regular glass or glossy plastic can. Thanks to the new squarish shape and the grooved stainless steel border, the iPhone 4 is grippier and easier to hold than the slippery smooth iPhone 3GS.  While slightly heavier than the iPhone 3GS, it does feel more solid and dense. 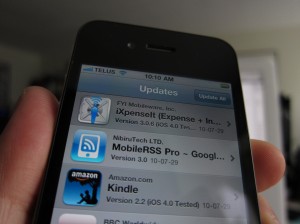 The glass that covers the front and back of the iPhone 4 seems scratchproof enough and is suitably glare-resistant, although we’re partial to using anti-glare screen protectors like the ones from Power Support which are easy to apply, thick enough to protect, but also quite unobtrusive and manages to cut down glare significantly.

Comparing the iPhone 4’s retina display to the 3GS in similar brightness settings revealed something we didn’t realize at first. The the iPhone 4’s display is the most vivid, most detailed and accurate screen we’ve seen. We used to think the 3GS had a reasonably bright and crisp screen but next to the iPhone 4 it seems washed out and slightly dull. While we were gushing over the AMOLED screen from the Google Nexus One, we’re convinced that the iPhone 4 has the advantage if accuracy and color fidelity without being over saturated which we find is the problem with AMOLED screens.

The iPhone 4’s screen is readable outdoors and is substantially bright. It does particularly well with text, thanks to the retina display and the IPS technology work to offer clarity and a great contrast ratio.

The iPhone 4 has 4 times the pixels of the 3GS at 326 pixels per inch and you can quickly put this to the test by looking at photos on both phones and then tapping to enlarge them. The 3GS will likely give a 2x view of the photo but in the iPhone 4 you will get a 4x view which is even clearer and more detailed than the smaller enlargement.

Performance is visibly quicker than the 3GS, but not by much. The iPhone 4 has the 1GHz Apple A4 processor but we suspect that it is down-clocked to 600MHz or 800MHz to improve battery life. Opening apps is slightly faster, sending mail and switching apps (multitasking) is incrementally speedier not as blazingly fast as we had expected.

Maybe the apps need to be updated to go-with-the-flow of the faster processor and RAM. We also need to do a comparo with the iPad which shares the exact same processor even if it carries only half the iPhone 4’s 512MB or RAM. The iPad feels fast, which may be trickery on the part of the user interface but we’ll have to see where the two products stand. It is also possible that the iPad’s A4 processor is running at a higher clock speed than the iPhone 4 is since it doesn’t really need to save battery as much (given it has a giant battery of its own). 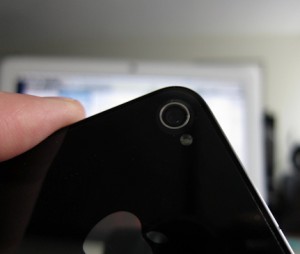 We’ve only had the iPhone 4 for a few hours but are already impressed with the speed and the quality of the built-in 5-megapixel camera.The new camera comes with an LED flash, a welcome addition for sure. But what sets the iPhone 4’s camera from the run of the mill multi-megapixel add-on in most smartphones is the new gyroscope. This works to minimize camera-shake by counteracting movement and together with the built-in compass and accelerometer does an impressive job of maintaining the camera steady for shooting photos and videos.

We’ve used  iPhone 4 on Telus HSPA network and so far have not had any problems getting a signal. We plan to undertake more in-depth tests in the coming days, including using the device in areas where our 3GS faltered or just didn’t get any reception.

We’re happy to report that so far,  we’ve not seen the signal bars go down during normal use. We did squeeze the bejesus out of it just to see if we could replicate the attenuation and we did manage to bring down two bars, but we were squeezing it with unnatural force. Reports from readers as far as Singapore tell a similar story, “antennagate” isn’t as prevalent internationally as it is in the us with AT&T.

Are you an early adopter? Hit us back with your comments and observations on the iPhone 4!

Is this RIM’s answer to the iPad?