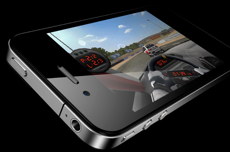 More Coverage:
Will Canada get a better iPhone 4?
iPhone 4 launches, comes to Canada in July

Apple CEO Steve Jobs met with the press earlier today to discuss the apparently overblown iPhone 4 antenna reception issue. Jobs ran through several demos of competing phones exhibiting the same signal loss that the iPhone 4 has been reported to have on a limited basis.

Jobs also said that since the Bumper case seemed to remedy the issue, Apple would be giving free bumpers to everyone who is buying an iPhone 4. Apple took the opportunity to explain to media how they stringently test the iPhone in a number of conditions.

“We’re an engineering company,” explained Jobs during a Q&A session after the event. “We think like engineers. We love it, we think it’s the right way to solve real problems. I don’t think that’s going to change, and the way we love our customers isn’t going to change.” 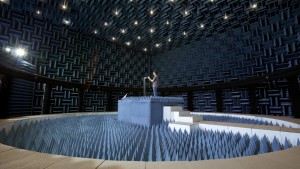 Customers who had already bought the $30 rubber case would be given a refund.  Customers in the UK confirmed that they were given refunds and were allowed to keep the bumpers they had purchased earlier.

iPhone 4 has sold three million units since its June release and is considered by Apple as its most successful product. Jobs stressed that since the reports of problems with the iPhone 4 came out, Apple has “been working our butts off,” to rectify the situation.

The much-desired white iPhone 4, which was delayed from release due to manufacturing setbacks, is also expected to start selling late July but in limited quantities.

Since this is just 15 days away, we’re hoping that carriers will get their act together and begin opening up pre-orders soon. Same with Apple’s online store where the iPhone 4 will be sold unlocked for a still undetermined price.