It’s been a busy year for reading, according to Rakuten Kobo. In its ‘Year In Review,’ Rakuten Kobo revealed that its digital reading platform experienced an up-take in new and returning readers this year, especially at the peak of the pandemic when readers spent 20 per cent more time reading on average compared to the same time last year. Interestingly, late-night reading also increased as Canadians spent 425 per cent more time reading at 1:00 a.m. than they did in 2019.

Canadian Kobo readers spent the equivalent of 6,932 years reading in 2020, 570 more years than 2019. Seasonally, Canadian Kobo readers spent the most time reading March through May, and reading was up 25 per cent year over year in May. May 3, in the heart of the pandemic’s first wave, was the most popular reading day of the year, and Sunday was the most popular day of the week.

Here are some Kobo reading facts by city: 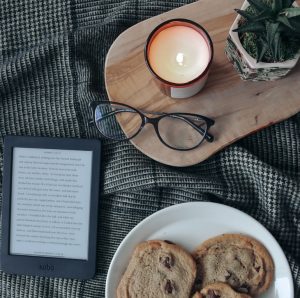 2020 best-selling Kobo eBooks in Canada include:

Romance is the category dominating the top 5 most read Kobo eBooks in Canada:

Canadian Kobo readers were notably interested in books about identity, race and racism, with the following titles among the bestsellers:

The top 5 Kobo audiobooks “most listened to” by Canadians in 2020:

Tech Categories That Are Growing Like Wildfire Due To The Pandemic

Online Reading on The Rise: The Big Library Read Program